You are here: Explore > Frodsham 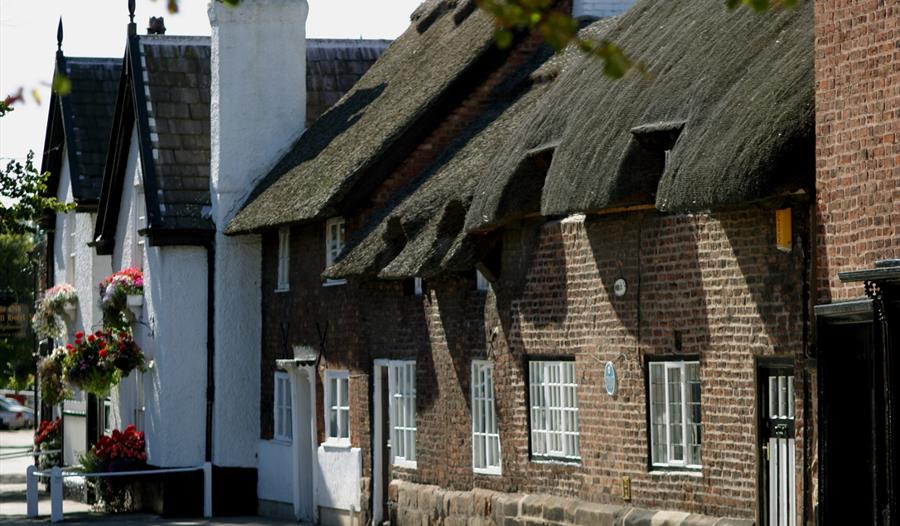 Frodsham is a thriving Cheshire Market Town that dates from the 13th century. Rich in history and many of today’s buildings stand on the original plots of land laid out in the 13th and 14th centuries.

Its genteel and attractive appearance does not hint at the town’s bustling, industrial past. Frodsham was an important port during the Middle Ages exporting salt to Liverpool. Cheese was also stored in a warehouse on the riverbank before being loaded on to boats. The town was a staging post during the stage coach era.

In the early 18th century a small shipbuilding yard was established. Later the River Weaver was canalised, becoming navigable up to Winsford and the Manchester Ship Canal was constructed.

The market takes place each Thursday and Frodsham also boasts many shops, pubs and restaurants. Nearby attractions include Castle Park Arts Centre; Foxhill Arboretum and Lady Heyes Craft and Antiques Restoration Centre. The town is part of the Weaver Valley Regional Park and the 30 mile Sandstone Trail stretches between Frodsham and Whitchurch.