You are here: Explore > Knutsford 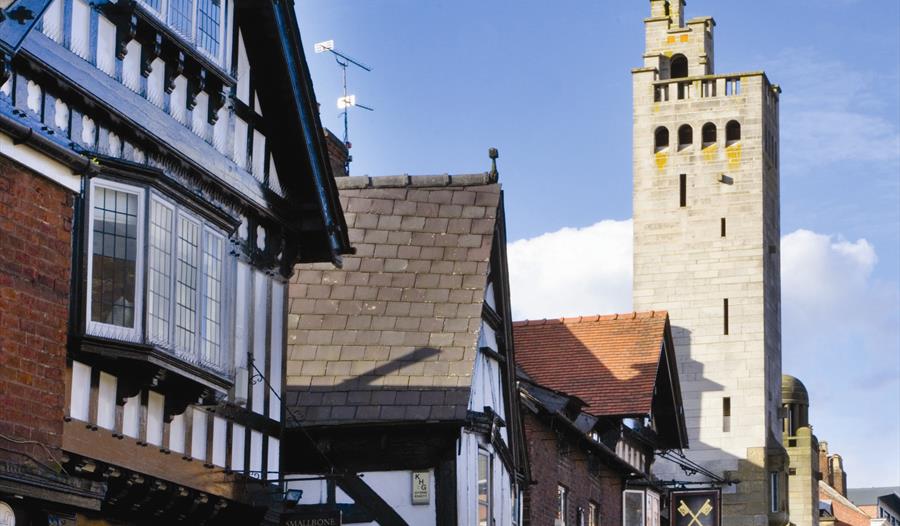 For a small town, Knutsford has a big appetite.

The town is renowned for its array of restaurants, bars and fine food purveyors. From farmer’s markets and butchers selling locally sourced products, to fabulous fishmongers and divine delicatessens you’ll be forgiven for thinking you’ve died and gone to foodie heaven.

This compact town was also the inspiration and setting for Elizabeth Gaskell’s Cranford. Elizabeth Gaskell lived in Knutsford for many years and is buried in the churchyard of Brook Street Unitarian Chapel.

Visitors can recreate the Victorian experience by joining a guided walk from Knutsford Heritage Centre to reveal the ‘real’ Cranford.

Tatton Park plus characters from the history of the house as inspiration for her novels. The grandeur of these Staterooms contrasts with the servants’ area where visitors can get a vivid idea of what life was like for those who worked there, with kitchens, cellars and servants’ quarters.

On King’s Street you will see The Angel Hotel, once known as the Angel Inn, a noted posting house and inn in Gaskell’s time and in Cranford, Lord Maulevere stayed here whilst visiting Captain Brown. Minshull Street, next to the Angel was referenced as the Shire Lane in Cranford.

Knutsford Heritage Centre is housed in a reconstructed 17th century timber framed building on King’s Street, which is often referred to as The Old Smithy. Housed in the upper part of The Old Smithy, with timber beams and quaint leaded windows, the local history display is the best place to start your visit. A perfect introduction to the town, here you can discover the story of Knutsford and view artefacts from the past. The best way to discover the Real Cranford is through one of the Heritage Centre’s guided walks, throughout the summer season.

Further along King’s Street you will see the Gaskell Memorial Tower, built in 1907 by Richard Harding Watt, this was originally the Kings Coffee House, although today it is the Belle Époque restaurant. Watt said at the opening that Gaskell’s works had given him real delight and he thought the town should acknowledge its famous daughter. A bust of her can be seen on the tower along with a list of her works on the side.

Whilst writing her last novel, Wives and Daughters, Elizabeth died, aged 55, and was buried in the grounds of the beautiful Brook Street Unitarian Chapel. Her husband William is also here along with two of their daughters. A description of the building can be found in ‘Ruth’, another of Gaskell’s works.

Knutsford’s calendar is filled with events and festivals to suit all tastes and budgets – from the prestigious RHS show at Tatton Park to street fairs and literature festivals. 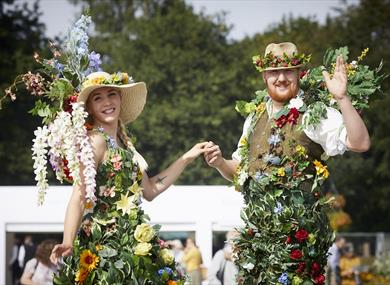 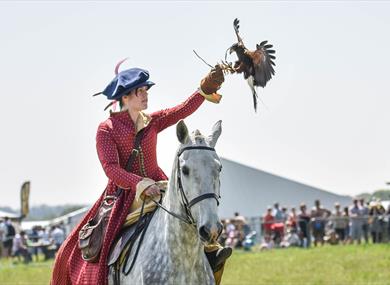 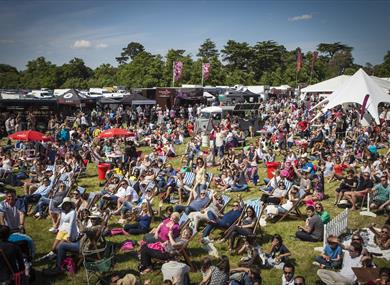 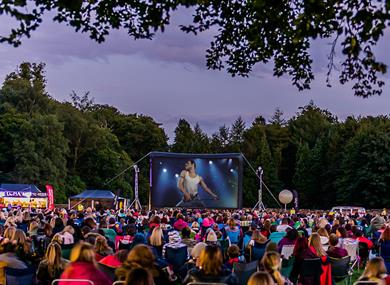 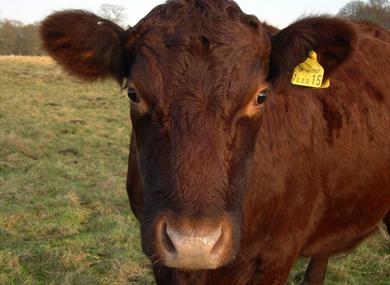