You are here: Explore > Prestbury 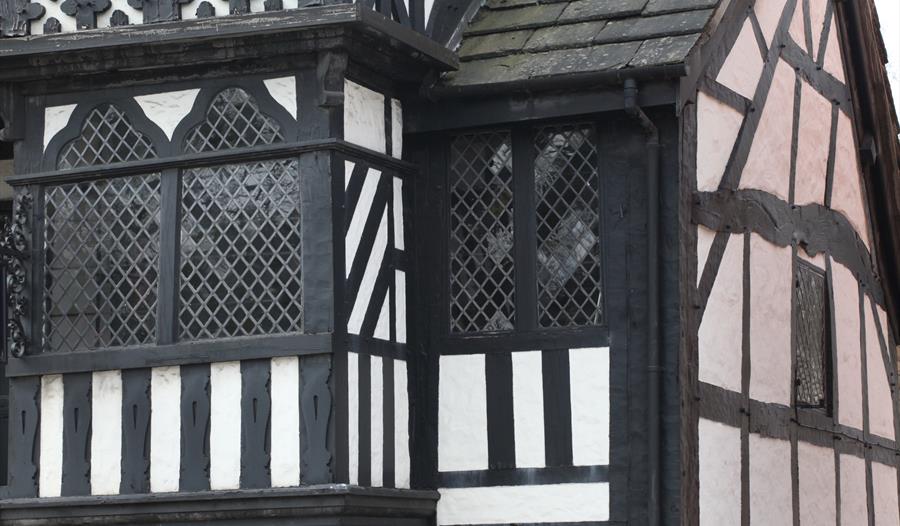 Sitting in sight of the Pennine foothills astride the River Bollin, pretty Prestbury dates to Anglo Saxon times. Its original name was Preosta burgh meaning the borough or dwelling of the priests.

At the time of the Norman conquests, Prestbury Parish was the centre of 35 townships stretching 20 miles from north to south and 10 miles wide and it still has the remains of a Normal Chapel built in the 12th century in the grounds of the Parish Church.

The main street you see today is a Conservation Area dominated by the Grade One listed St. Peter’s Church, parts of which date to 1220, and a succession of black and white and also dark red Cheshire brick properties dating from the 15th,16th and 17th centuries. Several of the cottages on New Road were the traditional three-storey dwellings of silk weavers.

From the M6 northbound take junction 18 heading eastbound on the A54. At Holmes Chapel, take the A535 to Chelford (you will pass the Jodrell Bank telescope on your left). At Chelford, turn eastwards onto the A537 heading towards Macclesfield. As you come into Macclesfield, take the B5087 heading north westwards and look out for the Prestbury sign at a staggered junction pointing to your right down Macclesfield Road, passing Prestbury Golf Club on your left and the Village Hall on your right before arriving at the village centre.

From the M6 southbound, take junction 20 and head south eastwards along the A50 through Mere to Knutsford. In Knutsford, pick up the A537 heading eastwards to Macclesfield. From Chelford follow the directions above.

From the M60 Greater Manchester Ring Road, come off at junction 5 onto the M56 heading towards Chester and come off after the Manchester Airport turning at junction 6. (If travelling eastwards towards Manchester on the M56, also come off at junction 6). Turn towards Wilmslow and follow the A538 south eastwards, passing underneath the two airport runways. In Wilmslow town centre, you will arrive at a T junction where you need to turn left, travel along to the next traffic lights and turn right, passing Wilmslow railway station on your left. Follow the signs for the A538 which will take you through Mottram St. Andrew to Prestbury village.