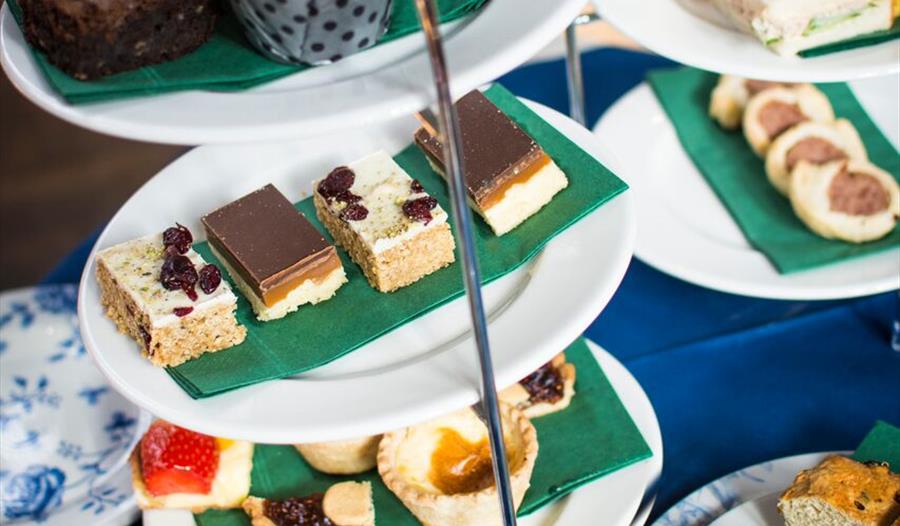 The Refectory, built in the 13th century, and subsequently enlarged, was the dining hall for the 40 monks who belonged to the community at the time. Their simple meals were eaten in silence, while one of their number read from the unusual stone canopied pulpit on the south wall.

The Refectory seems large for such a relatively small number of monks; but the Benedictines were given to hospitality, as they are now, and so they entertained many guests here. Important visitors dined with the Abbot in his lodgings.

The tapestry on the west wall, depicting a scene from Acts, was woven at Mortlake in the 17th century from a cartoon by Raphael. The heraldic paintings on the north wall represent the arms of the Earls of Chester. The tracery in the large east window is by Sir Giles Gilbert Scott, and the stained glass dates from the 1920's. The outline of the two original lancet windows can be seen on either side. The hammer-beam ceiling, designed by F.H. Crossley, was installed in 1939.

The Creation Window on the West Wall is a stunning and colourful interpretation of the Six Days of Creation installed in 2001 to celebrate the Millennium, designed and made by the acclaimed stained glass artist, Ros Grimshaw.

The Cathedral is located in the heart of the city, easily accessed by public transport 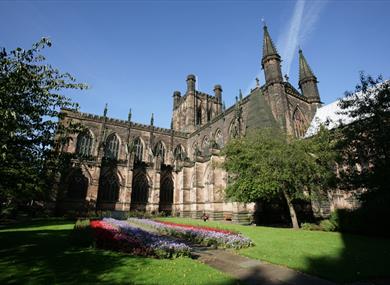 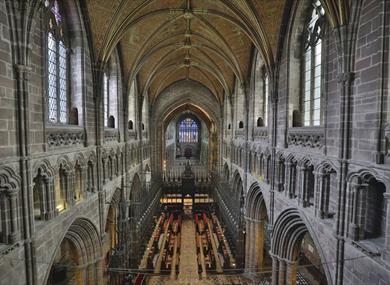