You are here: Information > Product Catch all > Mornflake 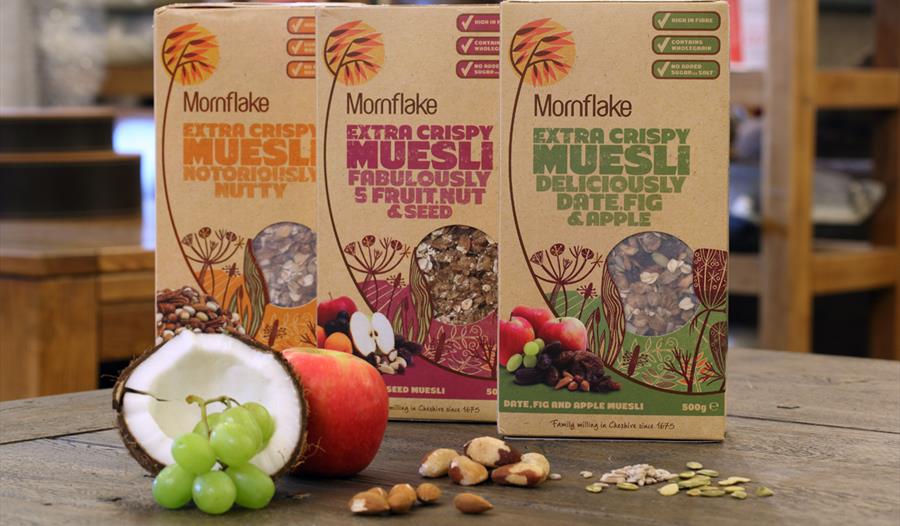 
Mornflake have been milling oats in the South Cheshire countryside since 1675, making them the longest established miller of oats and cereal in the UK! 15 generations later, they are still independently owned and managed by the direct descendants of the original miller, William Lea.

A household name for its premium porridge, granola and muesli range, Mornflake has played a critical role in feeding the nation during the pandemic, supporting the DEFRA parcel scheme with millions of packs of porridge sent to NHS workers, food banks and vulnerable people.

And not for the first time in its history has this iconic local company stepped up to the mark. During the Second World War, its energy-packed oats became the number one daily dietary staple and a new factory was built on Gresty Road in Crewe to cope with feeding a nation at war.

The company remains renowned for its centuries-old milling expertise and proud history spanning five centuries and 15 generations of the Lea family starting with William Lea who began milling oats at Swettenham Mill, South Cheshire in 1675 – nine years after the Great Fire of London.

Its swift response to the pandemic has been recognised by the GREAT Britain Inspirations campaign led by the Department of International Trade.

The initiative pays tribute to the ‘extraordinary’ actions of UK businesses, organisations and individuals in the most challenging time in living memory.