You are here: Things To Do > Baker Way 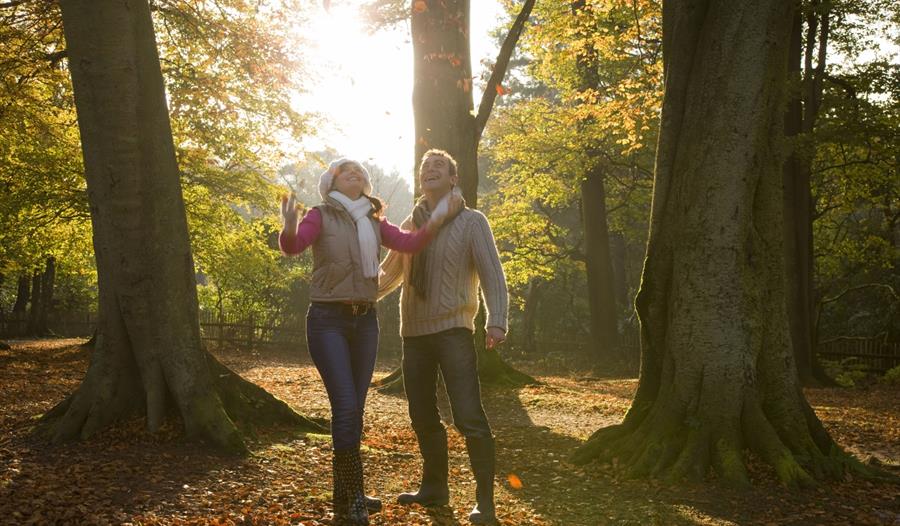 The extended Baker Way links the heart of Chester with Delamere Forest Park. The core of the route is provided by the original Baker Way - a long established route from Christleton to Brines Brow Picnic Area.

The original route was devised by members of the Mid Cheshire Footpaths Society and commemorates the life and work of Jack Baker, onetime footpaths officer for Cheshire County Council.
The extended Baker Way provides links to bus and train services at both ends, allowing the route to be walked in either direction without the use of a car.

Black Lake is one of the flooded hollows within Delamere Forest, believed to have been formed as the ice sheets wasted away at the end of the last Ice Age. Their original depth was often several metres but accumulation of sphagnum and leaf litter has led to them gradually becoming mosses rather than open water. They continue to provide important habitats for a wide range of wildlife - look out for dragonflies, sundew and cotton grass.

The Forestry commission bought 137 hectares of farmland at the Old Pale in 2000. Originally cleared of trees, it is now being returned to woodland with planting of a mix of 170,000 conifers and native broadleaved trees. New footpaths and bridleways have been developed across the area allowing visitors to enjoy the extensive views over Cheshire and beyond which are available from Pale Heights.

There will be benefits for wildlife too with an arboretum and wildflower meadow. There is also an amphitheatre for events. The oldest section of the Shropshire Union Canal was constructed between 1772 and 1779 as the 'Chester Canal' from Chester to Nantwich. However the full length of 'the Shroppie' (as it is often affectionately termed) from Ellesmere Port to Wolverhampton was not available to commercial traffic until the 1830's.

Most canal traffic nowadays is recreational but the old mills lining the canal testify to its former importance as a commercial waterway; the imposing steam mill belongs to the Frost family, corn-millers and dealers.

Also close to the route through Chester are Dee Valley Water's imposing water tower and the 200 year old,168 foot high 'shot tower' of Leadworks Lane. Molten lead was dropped from the top and formed a perfect sphere dropping into water where it hardened.Off City Road is Tramway Street, and the former city tram depot.