You are here: Things To Do > Bishop Bennet Way 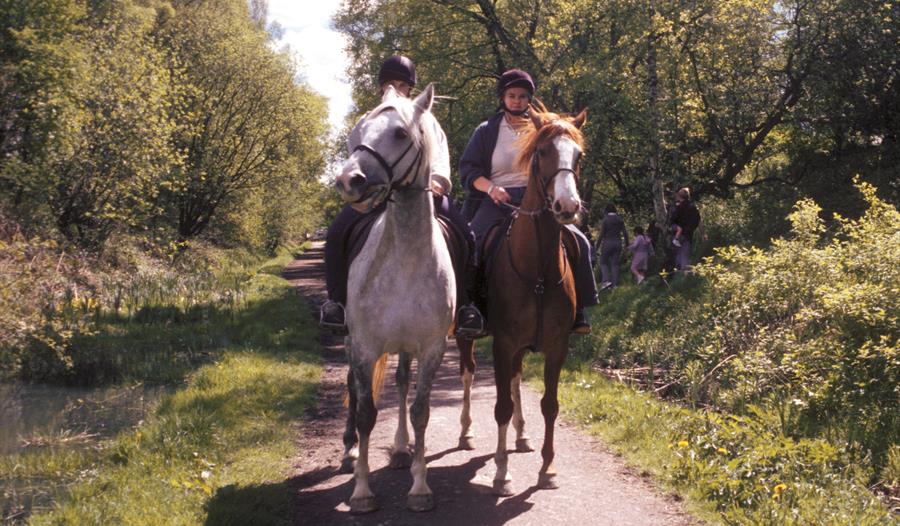 The Bishop Bennet Way runs from below Beeston Castle, west towards the Welsh border, passing by Tattenhall and Aldford before turning south and east past Farndon towards Malpas and Whitchurch.

The route is named after an eighteenth century traveller who once explored the tracks that we now ride for pleasure.

The route continues through Shropshire, but the described route in Cheshire finishes near the hilltop village of Wirswall on the Shropshire border. Using bed and breakfast accommodation the whole ride can be completed over two consecutive days or you could choose to ride shorter sections individually.

Horseriders are legally entitled to ride bridleways, restricted byways, byways open to all traffic and, of course, public roads. You must expect to share all these routes with walkers and cyclists and, in the case of byways, roads and some restricted byways, with motor traffic too. You should also expect some use of bridleways by farmers with agricultural vehicles.

The Bishop Bennet Way comprises some 27kms of surfaced roads (mostly without verges) and 12kms of ‘green lanes’ of which some have bridleway status, some restricted byway status, and others byway open to all traffic status. The remainder of the route is by field-edge and cross-field paths, the latter being occasionally subject to ploughing. The route is largely on flat ground but with some gentle hills in its southern half. Some of the central sections of the route can be very wet during winter months.