You are here: Things To Do > Cheshire Cycleway 70 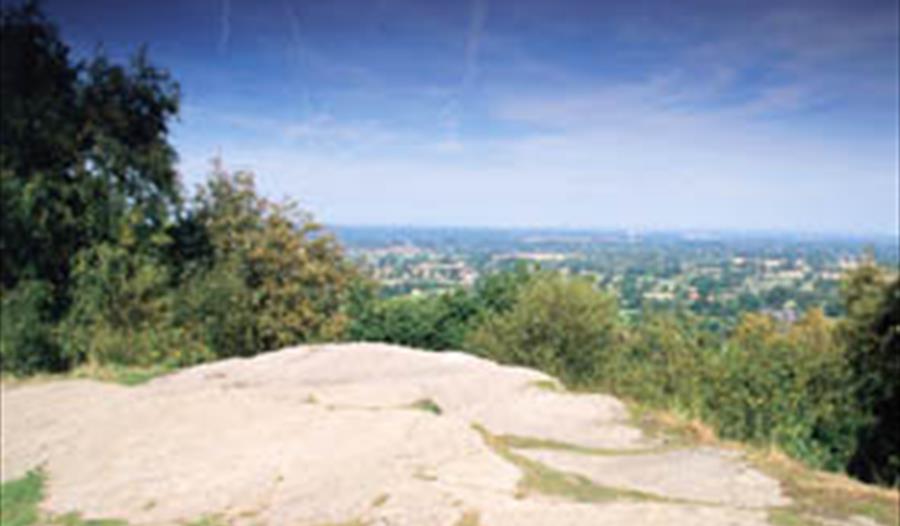 Explore the Cheshire Cycleway, a 176mile/282km circular journey through some of our finest scenery. Rich fertile fields, rocky ridges, rivers and canals combine to ensure the view is always enticing. Friendly villages and a whole host of attractions mean there's always somewhere interesting to stop, stretch your legs and enjoy a bite to eat

Chester to Acton Bridge:
A gentle start along the Shropshire Union Canal quickly takes you out of the City. Quiet lanes lead to the Wirral and the pretty village of Burton with charming thatched cottages built on the underlying red sandstone.

Soon you reach Parkgate, once a bustling port and later a fashionable bathing spa. It still has the feel of a seaside resort with bracing air and exhilirating views of the Welsh hills across the Dee estuary.

Look out for wildlife as you cycle along the Wirral Way or stop at the old station in Willaston. Be prepared for some gentle climbs as you leave Manley and head for Delamere Forest where there are plenty of places to stop for a picnic.

Acton Bridge to Bollington:
The Cycleway crosses the River Weaver and the Trent and Mersey Canal at Acton Bridge. Both these played a key role in the development of the salt industry in Cheshire.

Close to Comberbach is Marbury Country Park where you can stroll beneath magnificent lime avenues. There are fine views over Budworth Mere as you head towards the attractive village of Great Budworth.

Rostherne is a delightful estate village built by the Egerton family. At one time everyone would have been employed on the estate at Tatton Park.

From Nether Alderley the aptly named Artist’s Lane leads you up to the atmospheric Alderley Edge, where you can visit the famous Wizard’s well.

Bollington to Marton:
A steep climb out of Bollington takes you up into Cheshire’s gritstone hill country. Dry stone walls crisscross the landscape, protecting foxgloves and delicate harebells from the wind and sheep.

Soon you get your first glimpse of Shutlingsloe which will dominate the view for the next hour or so. The rocky summit is said to be a shoe, left behind by a giant.

Just past Lamaload Reservoir you cross the A537, the highest point on the Cycleway at 417m. Stop for a well-earned rest and admire the panoramic views before a relaxing descent through Wildboarclough.

Close to Macclesfield is the distinctive summit of Tegg’s Nose Coutry Park, once a busy quarry. Down on the plain once more, quiet roads shaded with majestic oaks lead you to the splendid half-timbered church at Marton.

Marton to Malpas
Close to Congleton the River Dane meanders gently through a pretty wooded valley. This is rich dairy country with prime grazing for Cheshire’s famous black and white cows.

Hassall Green where the canal met the railway was a busy place. Children from the boats had to attend the school here while goods were unloaded, even if it was only for half an hour.

Look out for the leaning church tower at Wybunbury, another local landmark. Close by is Wybunbury Moss, a national nature reserve home to rare plants and animals.

From here you cycle south to Audlem where bear baiting took place during the annual Wakes. The rolling countryside around Wrenbury and Marbury is dotted with meres, formed in the last ice age but today appreciated by people and wildlife alike.

Malpas to Chester:
Tucked away in a tranquil spot near Shocklach is St Edith’s Church, built in 1150. The whole village moved away from the church during the plague to minimise risk of infection.

Soon the Peckforton Hills loom large. The wooded sandstone ridge has been a magnet for people since the Iron Age, providing fine vantage points over the Welsh borders for hill forts and castles alike. The Cycleway circles Larkton Hill before climbing over Harthill to Burwardsley.

Wharton’s Lock on the Shropshire Union Canal is a pleasant spot for a picnic before you head back towards Chester. Look out for wildflowers such as meadow sweet and broad leaved willow herb in the hedgerows along the way.

282km/176miles - A week would let you cycle the CCW at a reasonable pace - Start from Chester City Centre, but the route can be picked up at any starting point - OS Landranger 117 & 118 - Towpaths, minor roads and surfaced tracks, with some steep gradients.