You are here: Things To Do > Cheshire Polo Club 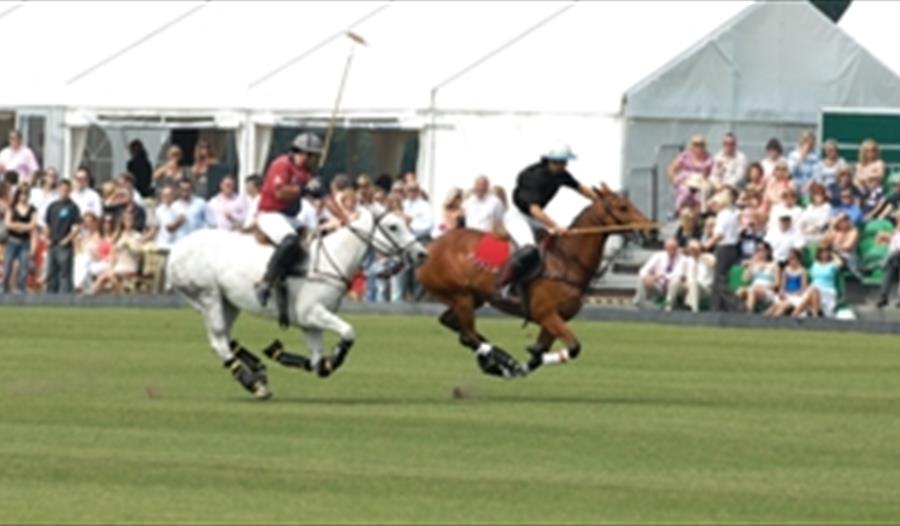 The present Cheshire Polo Club dates from 1952 but it is the successor to a number of clubs that have played in the North West for over a hundred years. The earliest of these was the Manchester Polo Club that can rightly claim to be the oldest club in England, after the game had been brought to this country from India in the 1860’s.

In 1906 the Manchester Club moved to Ashley where it remained until 1939 when it amalgamated with the Wirral Club and moved to the mid-Cheshire Club. When the war broke out the club had reached the finals of two Hurlingham Polo Association Official Tournaments - The County Cup and The Junior County Cup. The cup we play for today in the National 8 Goal every July is The Junior County Cup.

Play did not start again after the war until 1951 when the newly formed Cheshire Polo Club leased an additional ground from Captain Gordon Fergusson and began to play the traditional club tournaments.

Cheshire Polo Club today has over 80 playing members, five grounds and is famous in the world of polo for its fantastic parties and fun atmosphere