You are here: Things To Do > Chester Ghost Tours 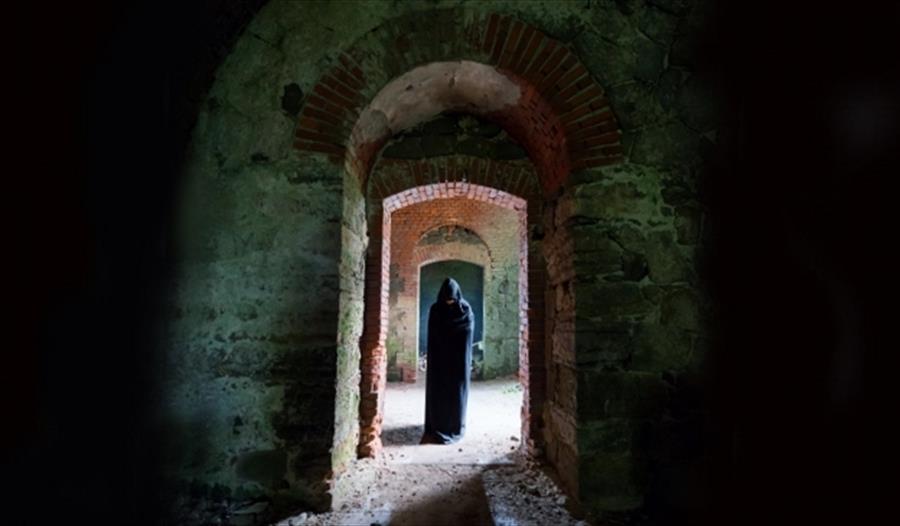 Ghosts in every culture and age

They have been with us since the dawn of time in every culture and age and often pop up in ancient Greek and Roman writings and even Shakespeare.

Ghosts feature in languages across the world too including for example Gaelic (banshee), French (fantome),German (poltergeist) and Latin (exspiravit).

The Ghosts of Chester

Chester Ghost Tours have been delving into haunted happenings for over 30 years in a city renowned for its action-packed past.

You'd expect to come across the odd ghost or two in a city that has seen just about everything over the past 2000 years from the Roman invasion of Britain via the English Civil War to the Industrial Revolution.

The city has also seen Viking invaders land on the shores of Chester and set up camp in the deserted Roman Amphitheatre only to be driven out by Anglo-Saxon warriors led by warrior-queen Aetheldflaeda -the daughter of King Alfred The Great.

Two hundred years later the Anglo-Saxon forces were beaten in battle by the army of William the Conqueror whose nephew - Hugh Lupus or Hugh the Wolf - built the formidable Chester Castle inside the City Walls.

In the Middle Ages, Chester became the largest port in North West England and sailing ships from across the world unloaded their cargoes on its quayside and trade flourished but its peace and prosperity was shattered by the English Civil War, when Cromwell's cannons battered and besieged the city for over 2 years.

Chester recovered from this period of death and devastation and prospered in Georgian England.

It felt the heat of the Industrial Revolution that changed the landscape of Britain and brought bridges, canals and railways in its wake.

The city flourished in the reign of Queen Victoria too with the development of a network of trams and omnibuses to its ancient streets.

So the city has seen its fair share of battles across the centuries and Chester Ghost Tours turns back the pages of history to uncover the secrets of the past and goes in search of the paranormal......

The city has also seen its fair share of crime and punishment, devastating plagues, public executions, disasters and murders so it's no wonder Chester is said to be the most haunted place in the UK.

Chester Ghost Tours take you on even the darkest and coldest nights along cobbled streets, through ancient thoroughfares and the 'wicked old Rows' to locations -sometimes off the beaten track with eerie backdrops and tell you scary stories about 'ghosties and ghoulies, and things that go bump in the night'.

The team of experienced Ghost Tour guides have their own set of spooky tales and preferred routes around the 2000 year old city so every tour is different.

They don't indulge in gimmicks on the tours so if you experience something strange along the way, it's nothing to do with us!

There are some things that they cannot explain and are beyond our understanding in a universe full of mysteries so come and enjoy an evening of fun and phantoms on the Chester Ghost Tour venturing forth at 7.30pm from the Town Hall every Saturday all year; every Friday and Saturday June-August; and every Thursday, Friday and Saturday September-November, plus extra tours throughout Halloween.

You can book online at www.ghostcity.co.uk or call into Visitor Information Centre at the Town Hall to buy your tickets.

All participants must book tickets in advance online at www.ghostcity.co.uk

or at Chester Visitor Information Centre, wear a mask or face covering unless medically exempt, and observe social distancing.

Our guides wear a mask and are equipped with Visors and Voice Amplifiers.

We also provide hand sanitiser throughout the tour.

We look forward to welcoming you on the tour!

Ticket Prices: £10 adults, £9 child (under 16), student & seniors,
£28 family ticket (2 ad & 2 ch)
£9 Child under 16, Student in full time education, Senior over 60 years of age;
Tickets are bookable online at www.ghostcity.co.uk.
Tickets are also available at the Town Hall Visitor Information Centre on Northgate Street.
This tour can be booked privately for a group by emailing: chesterghostcity@gmail.com

Halloween 24 – 31 October
For your safety, face coverings are to be worn during the tours, social distancing will be maintained and guides will have hand sanitiser available. 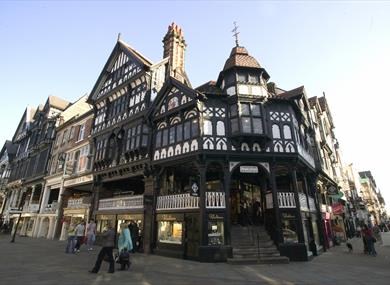 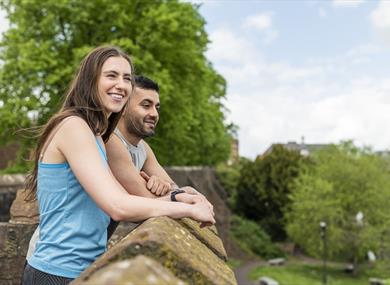