You are here: Things To Do > Chester Walls Trail 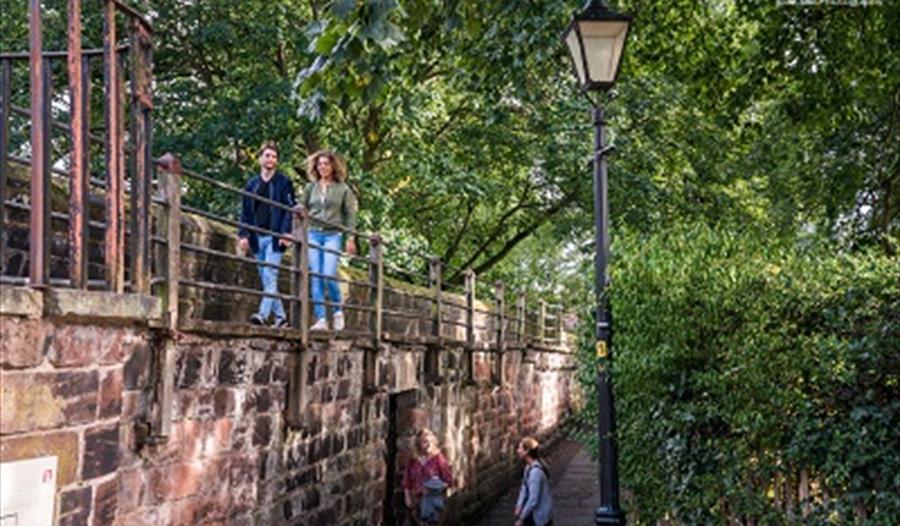 The thriving historic city of Chester is home to the longest and most complete city walls in Britain. Originally built for protection, they are now one of the city's major visitor attractions.

This guide will help you explore the walls and discover more about their long & colourful history, which stretches back almost 2000 years!

Chester was originally the Roman fortress of Deva and the first walls were originally constructed to defend the site. The early timber & earth structure was soon rebuilt in stone and much of the northern and eastern circuit of the walls still follows the line of the Roman fortress wall. The city was refortified by the Anglo-Saxon Queen Aethelflaed in the early 10th century, as a stronghold against Viking raids. Following the Norman conquest of England, the walls were extended to the west and south to their present line, giving protection to what had become one of the most important medieval ports on the west coast.

Lying on the Welsh border, Chester was part of England’s very own medieval 'Wild West'. Raids and rebellions meant the townsfolk relied on the walls to protect them. The severed heads of rebels were displayed on spikes at the East Gate as a grim warning.

In the 1640s, the English Civil War saw Chester under siege. The walls offered protection but suffered badly - along with the population.

By the 18th Century, many English towns and cities were pulling down their defences. Luckily for us, a different fate awaited Chester's walls. Large paving stones were laid on the walkways and the walls became a place to stroll. It became very fashionable to walk the walls ...a place to see and to be seen.

The walls now form a pleasant two-mile (3km) walk. It is a great way to see Chester and get an overview of what the city VIC Team has to offer. Walking around the walls you may find yourself pulled in different directions to see Chester’s many gems ...there are steps leading off the walls to allow you to do this. Note how the steps dip in the middle...worn away due to all the people walking them over the centuries.

Now you know a little of about the walls, it’s your turn to experience them for yourself. Everyone has their favourite part and favourite view.

Please note the ancient walls are made of local red sandstone and can be costly and tricky to maintain and sometimes sections may be closed. 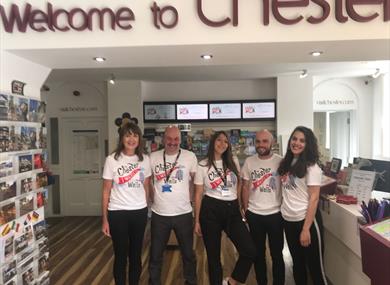