You are here: Things To Do > Clue HQ 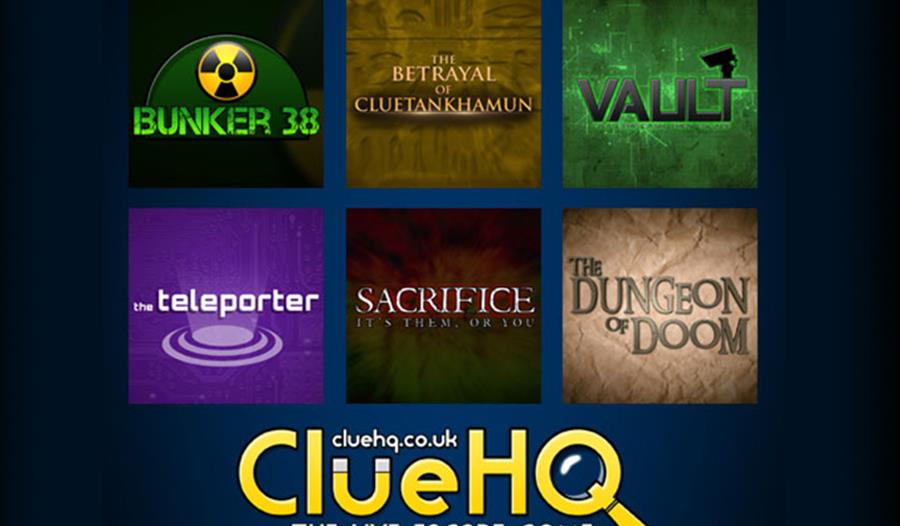 Cheshire’s original escape game and number one rated attraction.  Clue HQ - The Real Life Escape Games was founded in Warrington in 2014 and is now the UK’s largest Escape Game Company.

Groups of 2-6 people are locked in a themed room and must solve puzzles and follow clues to escape.

Since opening the site has received over 1,000 5* Excellent reviews, received the Trip Advisor Certificate of Excellence and is rated #1 for Fun and Games in Warrington.

There are 6 games to choose from: Bunker 38, The Betrayal of Cluetankhamun, Sacrifice, The Vault, The Dungeon of Doom and The Teleporter.

With varying levels of difficulty the games range to cater for people who are new to escape rooms and want to learn what they’re all about to tough and challenging for even the most avid escape room enthusiasts.

Just over a month ago the long lost tomb of Cluetankhamun was unearthed for the first time in over 5 millennia. A team of explorers were sent in to recover the Cluetan Crystal, a jewel believed to possess the power of the Nile. It has been several days since last contact with the exploring party so it’s time to send a new expedition down into the tomb to retrieve the crystal. But watch your step – Who knows what happened to the last exploring party.

* Open for advanced online bookings only. Opening times vary, visit here https://cluehq.co.uk/warrington/book-online/. This will give you a live calendar of what is available.