You are here: Things To Do > Marbury Country Park 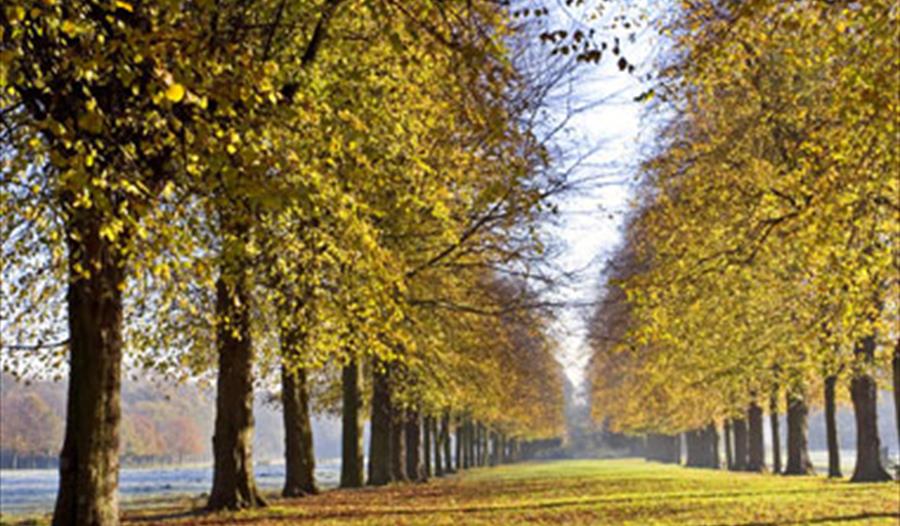 At Marbury Country park you can wander along the mere with splendid views over the water to the church at Great Budworth, or explore the arboretum and community orchard. Children will enjoy the play area, close to the picnic area.

Many of the features of the Country Park, including the lime avenues and the arboretum, are a legacy of the days when Marbury was a grand estate. The last hall, built in the 1850s, was a fine looking house modelled on the French chateau at Fontainebleu, with an imposing carriage drive entrance.

The Friends of Anderton and Marbury (FOAM) are an active group who get involved in looking after both parks and have a busy programme of walks, talks, conservation tasks and events. Contact the Rangers for further details.

Marbury Country Park lies in the heart of Northwich Community Woodlands where former industrial land is gradually being transformed to create a rich and green environment stretching from Marbury to Northwich.

There has been an open air pool nestling within the grounds of Marbury Country Park near Northwich in Cheshire since the 1930s. Originally built for the members of Marbury Hall Country Club, the pool was owned for many years by ICI for the use of their employees.

Since the early 1970s, the pool has been operated by Marbury Park Swimming Club, a volunteer-run members’ club whose aim is to keep this wonderful leisure facility and piece of local history open for the local community (and those from further afield) to enjoy!

Please note, entry to the pool is for members and their guests only and no day passes will be sold.

The Swimming Club hold a number of public sessions over the course of the season.  Visit their website or Facebook page for more information.

The park sits within the Northwich Woodlands, an area of 350 hectares of parkland to explore and discover. Its network of surfaced paths provides many routes accessible to all and appeals to a variety of users including horseriders, cyclists, nature lovers and families.

The park also links in with the North Cheshire Way and a number of national cycling routes.

Biking the Backroads is a gentle bike ride of 20km/13 miles around the lanes of Anderton and Great Budworth.

There is a well-surfaced network of paths around the park. Many of these, particularly around the more formal areas of the park, are suitable for prams and wheelchairs. There are also plenty of seats along the way.

* Please note that Marbury Outdoor Pool is for members only.

By car: Marbury Country Park and Anderton Boat Lift are signed from Northwich centre and from Junction 10 of the M56.

Car parking is available within easy walking distance. The site contains Access for All routes, alongside more challenging routes unsuitable for wheelchairs and pushchairs. Seasonal Parking Tickets are available at an annual cost of £31 (£21 for concessions and members of FOAM). For further information telephone 01606 271506 or email BusinessOperationsWinsford@cheshirewestandchester.gov.uk. 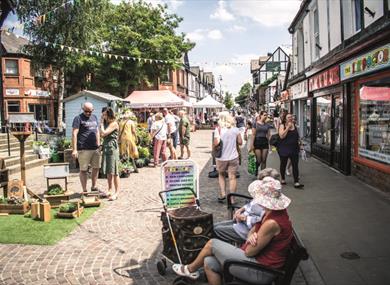 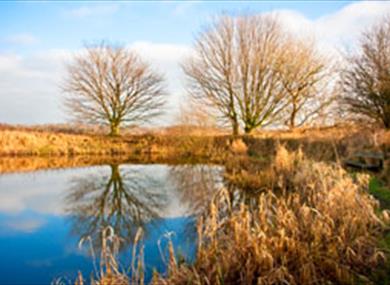 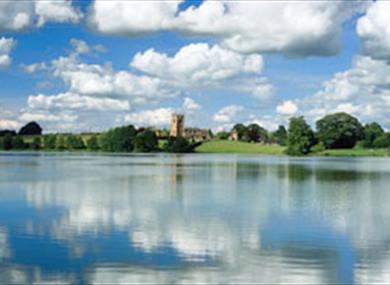 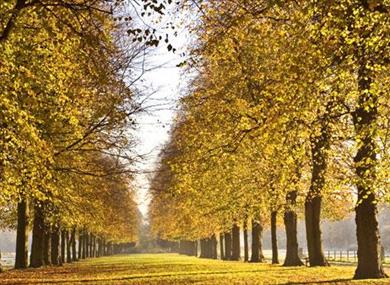 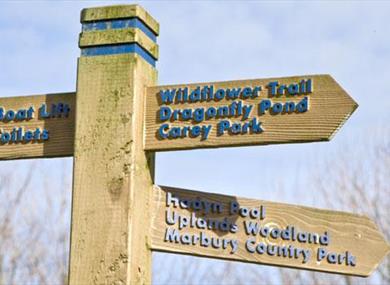 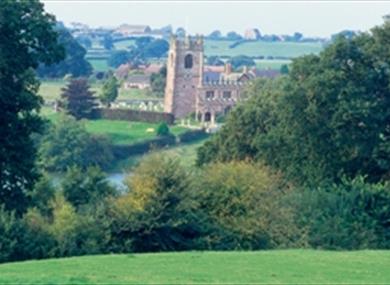