You are here: Things To Do > Mow Cop Loop 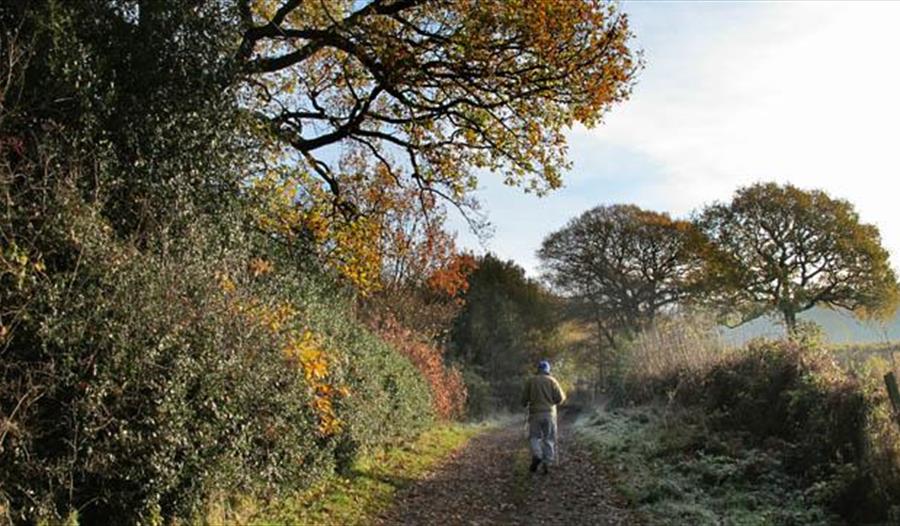 An energetic short loop climbing onto the ridge leading to Mow Cop. The path leads through beautiful woodlands and there are fabulous views from the ridge. Interesting industrial history – coal mining and Primitive Methodism.

The route leads through Roe Park Woods which are a Site of Special Scientific Interest. The woodlands consist of three separate woods called Hanging, Limekiln and Grotto Woods.

The circular walk passes between Hanging and Limekiln woods on the north-west facing slope of Mow Cop ridge. This woodland is Cheshire’s most extensive area of semi-natural ancient woodland and contains woodland community types rare to the county. The soils, which are derived from the underlying Millstone Grit, are predominantly acidic and free draining, but are influenced by the Carboniferous Limestone strata just below the surface. The woods consist mainly of oak, both sessile and pedunculate. Many of the mature trees were felled during the Second World War but a significant number remain. Downy birch, rowan and holly can also be seen in these woodlands.

Near to the path you may see wavy hair-grass, bilberry and heather in the dryer open areas. Flowers include the opposite-leaved golden-saxifrage, wild angelica, common valerian and marsh hawk’s-beard, an uncommon species in Cheshire.

The folly of Mow Cop was built as a summerhouse in 1754 for Randle Wilbraham I of Rode Hall. It is believed that he built it to enhance the view of the newly constructed Rode Hall, about 3 miles away on the edge of the Cheshire plain.

Mow Cop is often referred to as the home of primitive Methodism. The two founders of the movement were Hugh Bourne 1772-1852, and William Clowes 1780-1851. The first open air prayer meeting took place on 31st May 1807 and attracted over 2,000 people. In 1862 a Memorial church was built on the site of this open air meeting.

On leaving Mow Cop the route follows a footpath downhill past the Methodist chapel. Across the fields to the left, the Brake can be identified - this was once part of an old tramway which carried coal from the collieries east of Mow Cop down to the Macclesfield Canal at Hardings Wood. At one time a tunnel ran through the hill to join the collieries on the east side to the tramway on the west side.