You are here: Things To Do > St Michaels Church 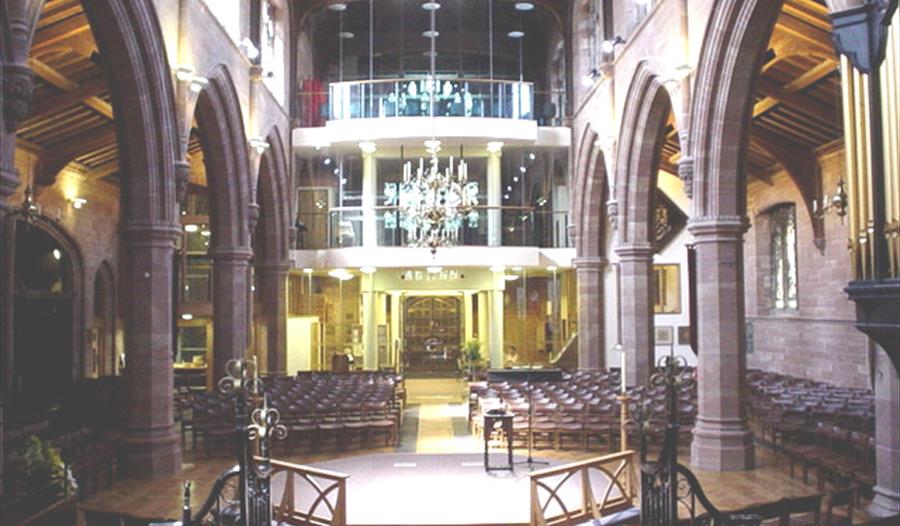 A chapel was founded on the current site of St Micahel's soon after the Borough of Macclesfield was established around 1220. This was extended or rebuilt, as All Hallows or All Saints, around 1278 by Queen Eleanor, the wife of King Edward I. It has been rebuilt several times, most recently in 1901. However a number of important additions remain from earlier times, especially the Legh and Savage chapels, and several memorials. The Legh chapel was built around 1442 to receive the body of Sir Piers Legh who fought at Agincourt and died later in the same campaign. The Savage Chapel, a much larger chantry chapel, was built between 1505 and 1507 by Thomas Savage, Archbishop of York. At this time also a Grammar School was founded, with buildings at the back of the church, whose first schoolmaster was the priest of the chapel. This Grammar School later became the King's School, Macclesfield (on another site) and still has close connections with the church.

In and near these chapels and in the Chancel there are a number of fine medieval monuments. Also there is a large monument to Thomas, third Earl Rivers (d. 1694). This is by the famous Stuart sculptor William Stanton and considered to be one of his best.

The Church was largely rebuilt built in 1898-1901 by Sir Arthur Blomfield but a number of important earlier features remain, notably the two towers, the Legh and Savage Chapels (15th/16th century) and an extensive group of Medieval monuments. St Michael's has an excellent collection of early twentieth-century stained glass, by Morris & Co., Christopher Whall and Kempe among others. The East and West Windows by Powells are noteworthy.

The church was reordered in 2003/4 to provide a stunning three storey Narthex (welcome area) and meeting rooms. St Michael's is open each morning and coffee and light refreshements are available. Most areas are accessible to disabled visiotrs and guide dogs are welcome.