You are here: Things To Do > Two Saints Way 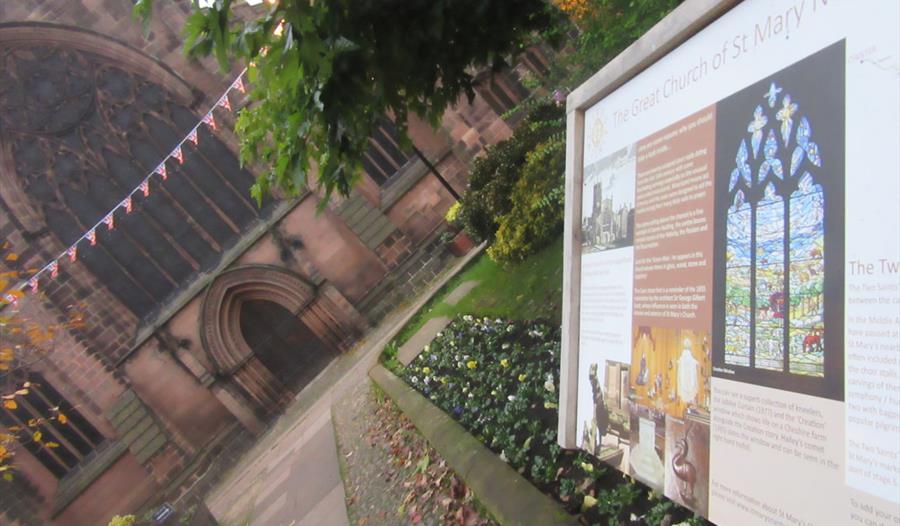 Pilgrimage route and long-distance walk between Chester and Lichfield

​The Two Saints Way is a 92-mile pilgrimage route between the cathedral cities of Chester and Lichfield. The route can be walked from either the north or the south,  through the beautiful countryside of Cheshire and Staffordshire along footpaths, canal paths and lanes which link the villages, towns and cities along the way.

​If you walk from Chester to Lichfield the easier walking is at the beginning and you have time to prepare for the hillier section in Staffordshire. However, if you walk between October and March from Lichfield to Chester the views are often better as the sun is behind you.

From Chester Cathedral the route is mostly along canal paths and through pastureland, passing the dramatic Beeston Castle before ending at the fine market town of Nantwich.
​Distance - 23.5 miles

Along this rural section are notable churches such as the intriguing Primitive Methodist Chapel at Englesea Brook and villages with traditional black and white timbered houses and pubs.
​Distance - 25.5 miles

​Starting out in the city of Stoke-on-Trent with the Staffordshire Hoard treasures at the Potteries Museum, the route continues south past Trentham Gardens and through the charming town of Stone following the Trent Valley.
​Distance - 23 miles

​On leaving Stafford the route crosses the extensive moorland and woodland of Cannock Chase, an Area of Outstanding Natural Beauty, before the last few miles into Lichfield, past the cathedral and ending at St Chad’s Well.
​Distance 20 miles