You are here: What's On > Benjamin Haycock plus special guest Alx Green 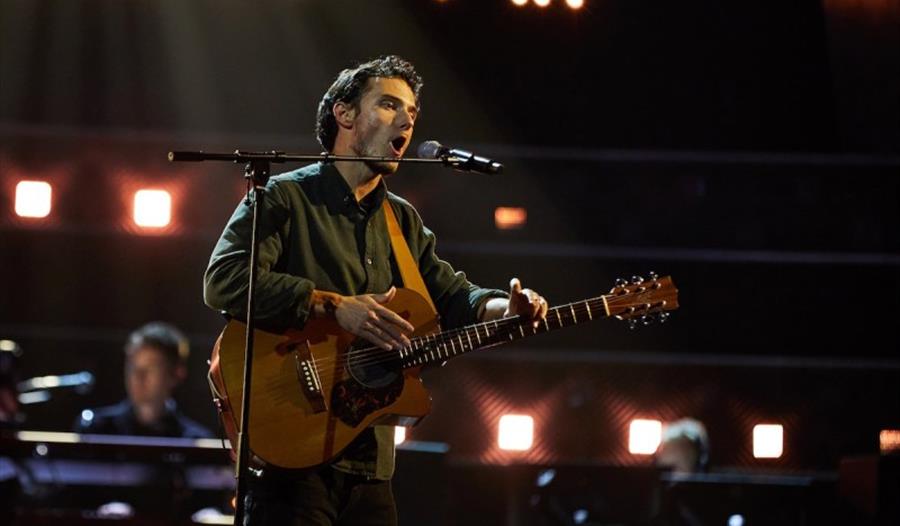 As recently seen on
THE VOICE UK 2021

After seeing Benjamin Haycock's jaw dropping original song performance on the recent The Voice UK 2021, Aardvarker, who like many others have had a long unexpected break from live events due to the pandemic, knew that once restrictions were allowed, they had to invite him to play live in Chester. The now well-known talent seemed like the perfect original young artist for a return to hosting live events in the North West.

Benjamin Haycock blends melodic, percussive and fingerstyle guitar with honest, personal and accomplished lyricism that is up there with the best. He laces this with incredibly tight rap flows and raw, emotive and powerful singing vocals. This is all interwoven to create a truly unique sound with strong character that derives from his personal experiences growing up in inner city Birmingham and later moving to Devon.

Benjamin recently appeared on 'The Voice UK' and astounded the coaches by doing an emotional rendition of his original song 'Restlessness' that he wrote as a letter to his late Father. Suffice to say, all four of the coaches turned around for Benjamin and gave him incredible feedback that entailed calling him the 'real deal'.

He subsequently released 'Restlessness' as a single and got to second in the iTunes singer-songwriter charts. He followed up this success by releasing his second EP 'Enigma's Quay' which got to third in the same iTunes chart, with his debut EP making the top 10 within the same time period.

Benjamin has just released his latest single this month 'Force of Nature' in collaboration with The Tree Council, who he is officially a lead ambassador for. It is the lead track for the awareness-raising educational campaign 'Be a Force for Nature', which is currently being promoted across 2500+ schools across the country.

Alx has released several demo EP's and embarked on a successful three month European tour in 2015. His first studio EP was released in 2016 and got to number 2 in the iTunes Singer/Songwriter pre-order charts. The tracks have also seen radio play on BBC Radio 2, BBC 6Music, BBC Radio Merseyside and BBC Introducing being labelled as 'Sublime sounds'.