You are here: What's On > The Clone Roses plus Oas-is, The Smiths Ltd and Clint Boon

The Clone Roses plus Oas-is, The Smiths Ltd and Clint Boon 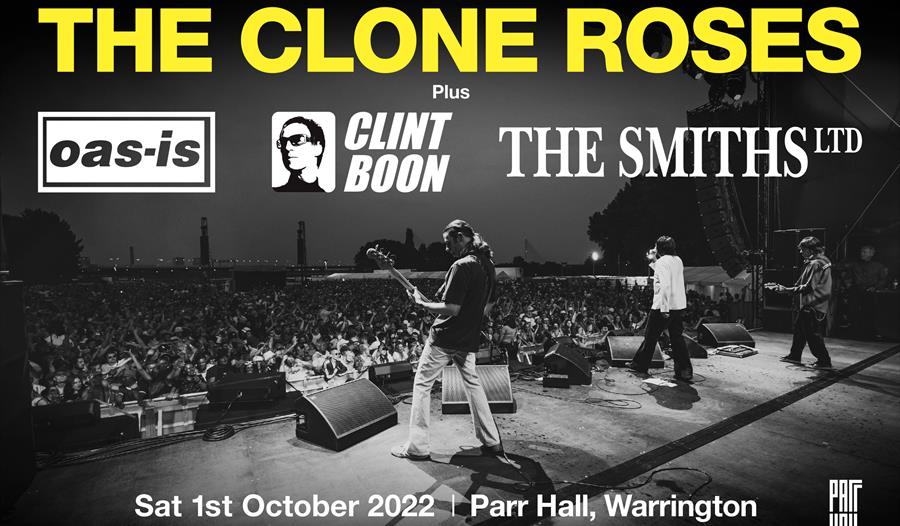 Live favourites The Clone Roses will lead the ‘ultimate Manchester night out’ when they make their long overdue return to Parr Hall on Saturday, 1 October.

No stranger to Warrington, ‘The Clones’ have been entertaining Roses fans for more than two decades and have been described by Mani himself as ‘the second best Stone Roses in the world’.

The tribute band have earned an outstanding reputation for their attention to detail, from the amps and set-lists, to the clothing and swagger.

And they even had the surreal experience of performing at Parr Hall just days after the Roses played their first reunion gig at the venue almost 10 years ago in 2012.

Also paying tribute to Manchester’s greatest on the night are Oas-is and The Smiths Ltd for a flashback to all the massive indie hits of the 80s and 90s hosted by XS Radio’s Clint Boon, of Inspiral Carpets fame.

So grab your bucket hat, three stripes and gladioli and celebrate those halcyon Mancunian days.

The Clone Roses, Oas-is, The Smiths Ltd plus host Clint Boon will perform at Parr Hall on 1 October. Tickets are on sale now; visit parrhall.culturewarrington.org or call the Box Office on 01925 442345.