You are here: What's On > The Proclaimers 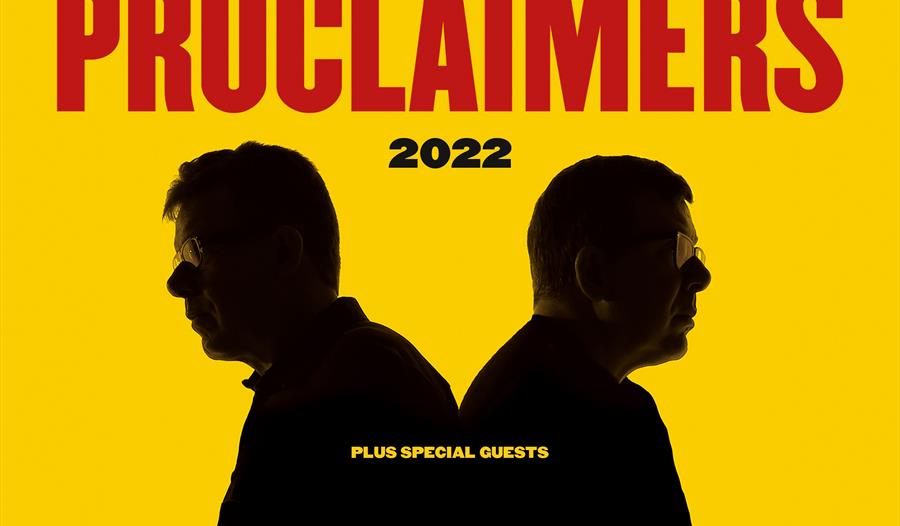 The Proclaimers are getting back on the road this summer to mark 35 years since they burst onto the music scene.

This year will also see the acclaimed duo heading into the studio to record their 12th album and the upcoming tour is when fans can likely catch some of the new songs for the first time.

Craig and Charlie emerged 35 years ago when they released their debut album, This Is The Story, and hit the top three in the singles chart with Letter From America.

Since then, their enduring appeal across generations has seen them enjoy huge success.

Their staggering anthem, I’m Gonna Be (500 Miles), particularly helped them gain recognition across the globe.

But across their celebrated music catalogue, the pair are known for their raw emotional honesty, political fire, passion and sharp wit.

In the process they have carved out a niche for themselves where pop, folk, new wave, and punk all collide, and enjoyed gold and platinum singles and albums in UK, USA, Canada, Australia and New Zealand.

On BBC Radio 4’s Desert Island Discs programme – where special guests select the music they would take away with them if they were to be cast away to a desert island – actor David Tennant chose Over and Done With by The Proclaimers as his first track.

He said: "I could have chosen any and every track from this band, probably my favourite band of all time. They write the most spectacular songs, big hearted, uncynical, passionate songs."

The Proclaimers will perform at Parr Hall on Saturday, 25 June, and tickets go on sale this Friday at 10am. Visit parrhall.culturewarrington.org or call the box office on 01925 442345.