You are here: What's On > The Stranglers 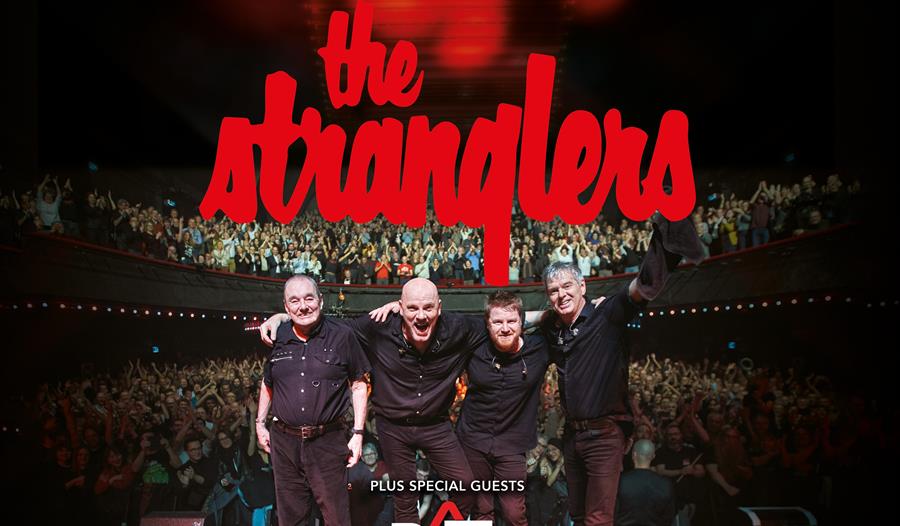 Classic punk rock is heading to town as 70s legends The Stranglers add a Parr Hall date to their final full UK tour.

First formed in 1974, The Stranglers’ uncompromising attitude was embraced by the punk movement of the late 70s but their distinctively eclectic style has seen them explore a wide range of musical genres, including new wave, pub rock and post-punk.

With their first three albums (Rattus Norvegicus, No More Heroes  and Black and White) being released within an astonishing 13 months of each other, The Stranglers quickly became a household name on the UK music scene, scoring hit singles such as Peaches, No More Heroes and Walk on By.

Going from strength to strength, the band enjoyed further success with hits Always the Sun, Strange Little Girl and the mercurial Golden Brown, amongst many others, earning the group 24 top 40 singles and 18 top 40 albums.

Decades later and the band continues to delight fans the world over, performing to sell-out crowds and taking the stage at top festivals such as Glastonbury and T in the Park.

Delivering unforgettable live performances time and time again, The Stranglers’ visit to Parr Hall on Friday 23 April 2021 is set to be no exception.

Audiences can expect to be swept up high on the wave of the band’s powerful sound, pounding rhythms, soaring melodies, quirky humour and thrillingly daring musicianship for an exhilarating live experience.

With special guests Ruts DC, this is one show you simply don’t want to miss!

Tickets go on sale at parrhall.culturewarrington.org