You are here: What's On > Two Pints Live with Ralph Little and Will Mellor

Two Pints Live with Ralph Little and Will Mellor 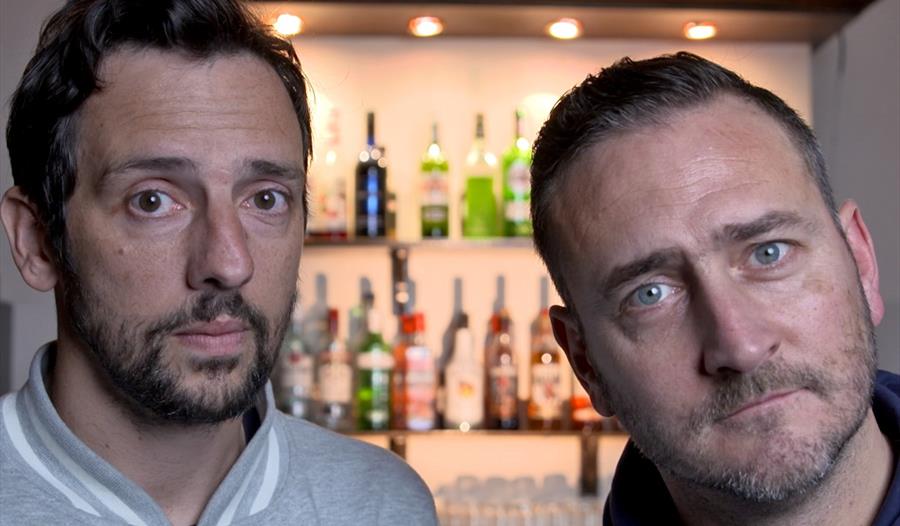 The stars of Two Pints of Lager and a Packet of Crisps are coming to Parr Hall where they will be asking fans to join them over a couple of pints and some bar snacks.

Will Mellor and Ralf Little from the cult sitcom are taking their hit podcast Two Pints with Will and Ralf on the road in 2022 and their 14-date tour will see them call into Warrington on Wednesday, 2 February.

Two Pints was launched in 2020 when Will and Ralf, who played Gaz and Jonny, reunited to take a trip down memory lane and chat through favourite memories from the hugely popular TV show which ran for a decade from 2001 to 2011 and was filmed down the road in Runcorn.

Building on the amazing response from their fans, the pair were inspired to create a live version of the podcast.

Fresh from spending 2021 filming Coronation Street and Death in Paradise, the boys are excited to bring their side hustle to their followers in real life. And in true Two Pints style, each night will be raw and unscripted with plenty of audience participation throughout.

Will and Ralf will also have some surprises for the audience, and answer the burning question: Is Will going to sing Mustang Sally every night?

Will said: “I’m just excited to get out and meet people and be in the same room as them again. The last 18 months has been hard, and we are going to get people in the venue, have a load of fun and a few pints, I’m buzzing.”

Ralf added: “I'm slightly petrified about going on tour with Will but excited to finally meet the people who've been supporting our pod and have fun with them.”

Tickets are on sale on Friday, 19 November at 9am and the show is only suitable for those aged 16 and over. Under 18s must be accompanied by an adult. Visit parrhall.culturewarrington.org or call the box office on 01925 442345.