You are here: Things To Do > Handbridge Short Walk 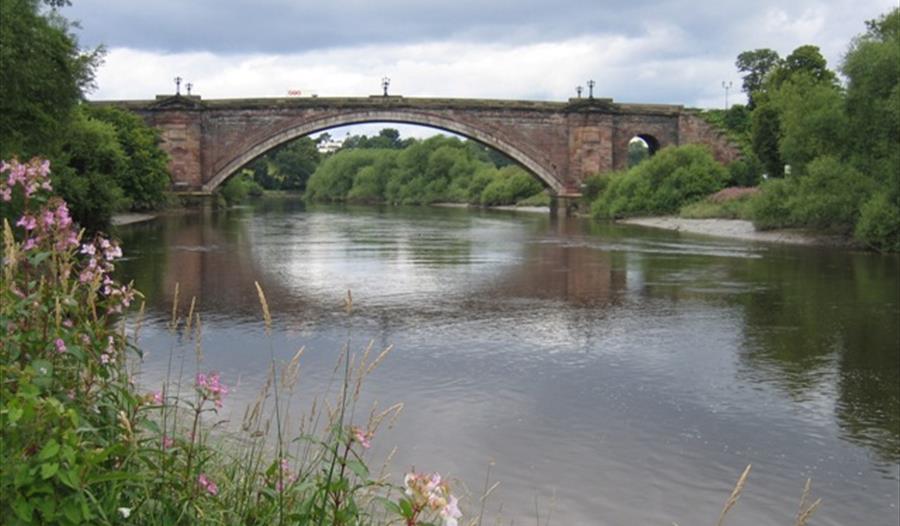 Handbridge lies across the Old Dee Bridge from the city and much of Chester's Roman fortress was built from stone quarried here. The community lies on the old main road into North Wales and it's name in Welsh is 'Treboeth', meaning 'burnt town or hot town', perhaps an indication that it's buildings were not easily defended from raiders.

Starting at The Ship Inn (what3words: ///thanks.pops.dinner), just across the Old Dee Bridge from Lower Bridge Street, this short walk of around 1 mile takes in features of the area's rich history while giving wonderful views of the River Dee.

From The Ship Inn, walk uphill, away from the Old Dee Bridge, passing the entance to Edgar's Field and then Greenway Street.

Handbrige turns sharp right a little before the junction with Eaton Road and becomes Overleigh Road. Continue along Overleigh Road, passing the church of St Mary without the Walls on your right, followed by rows of neat 19th century terraced houses, until you reach the entrance to River Lane on the right, immediately before the gates to Overleigh Cemetery (North).

St Mary without the Walls was completed in 1887.

Turn down River Lane, walking the length of the lane, keeping the northern side of Overleigh Cemetery on your left.

Overleigh Cemetery dates from the late 1840s and houses a fascinating array of Victorian monuments.

Edgar's Field – Tradition says this is spot where King Edgar, King of Wessex and All England, was rowed along the River Dee by eight tributary Kings in AD 973. The field is also home to a Roman shrine of the Godess Minerva. 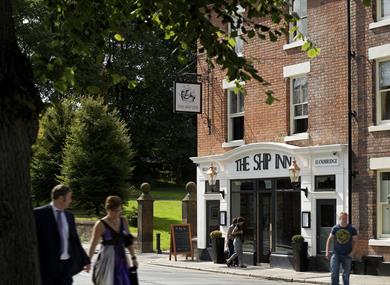