You are here: Things To Do > Nelson Pit Walk 10 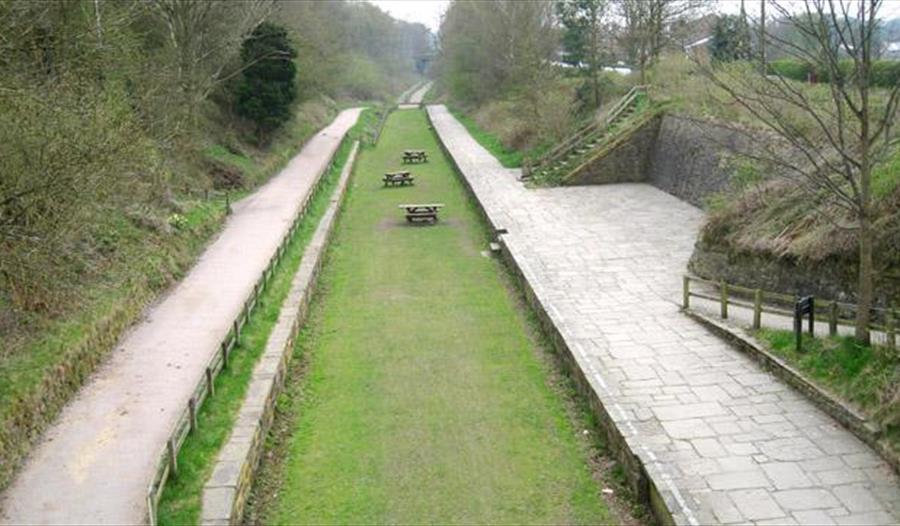 Grade: Moderate
Distance: 19.3 km/12 miles
Time: About 5 hours
Start: Nelson Pit Visitor Centre
Map: OS Explorer 268
Terrain: Easy - canal towpath can be muddy
Toilets: Available 364 days a year between 10.00am and 4.00pm at the Start and End of the route.

The second part of two walks making the Middlewood Challenge, a 20-mile walk in the figure of eight. The first section of the Challenge is Walk 9 which is about 8 miles long and takes around 3½ hours to walk. Total walking time for both parts is around 8½ hours.

At the beginning of the walk, you pass Higher Poynton Station, which opened to passenger traffic on 2nd August 1869 and closed in 1970. It formed part of the Macclesfield-Bollington-Marple railway.

The station cost £500 to build and was identical in design to stations built by the operating company, the North Staffordshire on its line to Market Drayton. A branch line from Anson Pit called ‘Anson’s Siding’ also opened in 1869 and carried coal until 1935.

The route also passes Poynton Coppice, which is classed as an ancient semi-natural wood because, although it has a history of felling, it has never been ploughed or used other than as woodland. In 1847, the mine’s owner, Lord Vernon, planted forty-four acres of the Coppice to provide timber for the pits.

Other points of interest include Clarence Mill (you will get a full view of the building later in the walk), which was built between 1824 and 1845 by local entrepreneurs Joseph Brook and George Swindells as the first canal side cotton mill.