You are here: Things To Do > Nelson Pit Walk 2 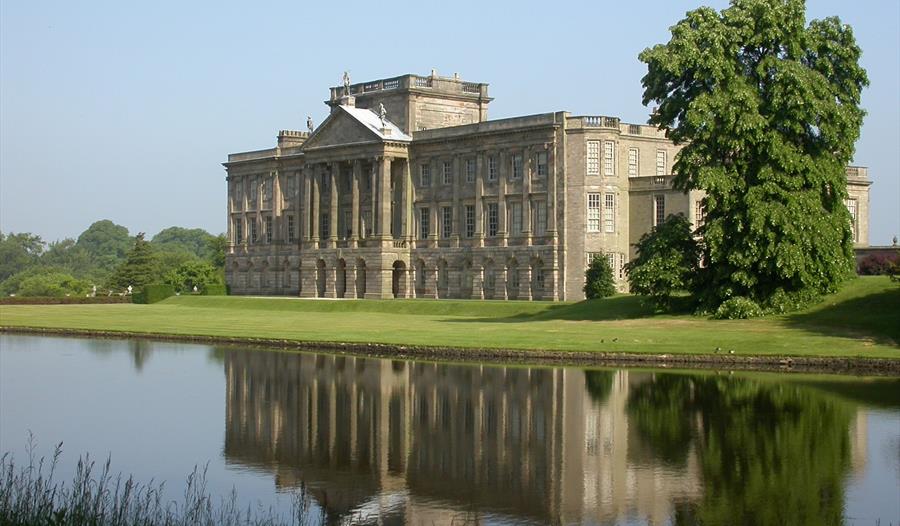 This walk visits the estate of Lyme Park where red deer may be spotted alongside the moorland paths.

At Nelson Pit, where the route begins, the miners worked 400 feet underground, and in 1870 would have earned £1.95 for a five and a half day week. Mount Vernon Wharf was used to load coal onto horse drawn barges. A subway ran from Anson Pit over the bridge adjacent to the Nelson Pit car park.

The Macclesfield Canal, which you cross, was opened in 1831. In its heyday the barges carried coal, stone, bales of cotton and silk. The collieries used 14 horses to pull coal barges along the canal. Note the old sign, “Great Central Railway” on the right as you cross the bridge.

Lyme was originally a Tudor house. It was transformed by the Venetian architect Leoni into an italianate palace and is one of the largest houses in Cheshire. Lyme was used in the BBC’s “Pride and Prejudice”.

Looking down on Lyme Park’s house and gardens is The Cage, which was built in the 1520s as a hunting tower to observe the movements of the deer. It was later used to imprison poachers overnight before being taken next day to the forest court at Macclesfield. During the Second World War the Home Guard used the Cage as a lookout point. On a good day it is possible to see the Welsh Coast from the Cage.

On the return to Nelson Pit, walk onto Lyme Road bridge and look over to Higher Poynton Station. In the 1940’s up to 28 trains per day called at this station. The Coffee Tavern opened in 1876 as a temperance house for the miners.