You are here: Things To Do > Nelson Pit Walk 7 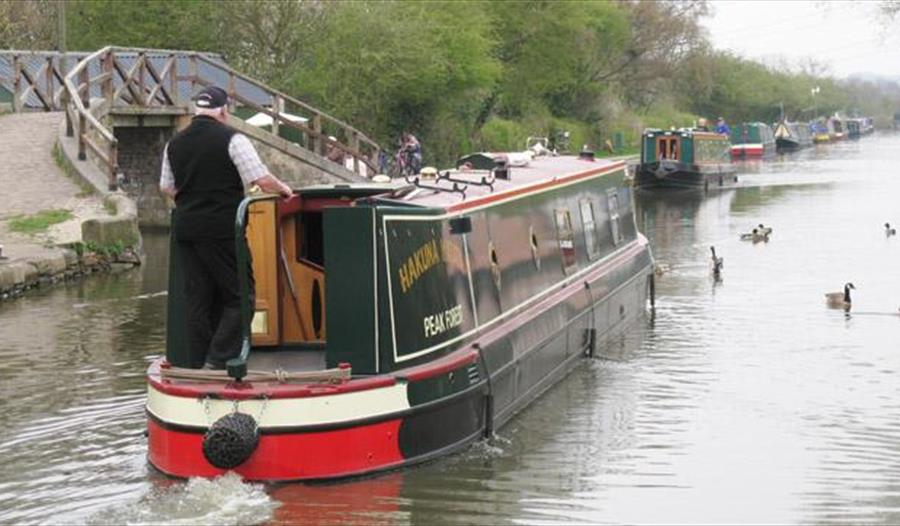 The route climbs over 1300 feet from Nelson Pit to Bowstones, and is partly strenuous. However, the views from the highest points on a good day are spectacular. This walk should be avoided on a misty day.

The route sets out along the Macclesfield canal. Its nickname is the ‘Macc’ and was surveyed by Thomas Telford - it cost £320,000 to build and opened on 19 November 1831. Tolls at one and two old pence were charged by the ton per mile. Coal and stone were the cheapest and finished goods the most expensive. The toll collectors were agents employed by the canal company, relatively well paid and usually armed.

The canal was used commercially until the 1950’s. Self-employed bargees, called Number One’s, charged for their services by the ton per mile and were the last vestige of the commercial traffic. Efforts by the British Waterways Board in the late 50’s to stem the decline by building a series of narrow boats for commercial use were a failure.

The route joins The Gritstone Trail which is 18½ miles long and runs from village of Disley to the Staffordshire border. It traverses rugged upland country, pasture land and wooded river valleys. The whole area covered by the Trail used to be known as ‘The Lyme’, meaning ‘border country’. The Gritstone Trail, including the former Mow Cop Trail, has been extended to make it more accessible by public transport. The route is split into three sections, which can each be walked in a day.

The Bowstones are thought to be remains of Anglo Saxon crosses that marked the edge of an ancient kingdom as well as objects of devotion.

Owned and managed by the National Trust, Lyme Park was transformed by the Venetian architect Leoni into an Italianate palace. Some of the Elizabethan interiors survive. The estate covers 1,400 acres of moorland, woodland and parkland. Lyme appeared in the BBC’s Pride & Prejudice and Granada’s production of The Forsyte Saga.