You are here: Things To Do > Bollington Circular Walk 4 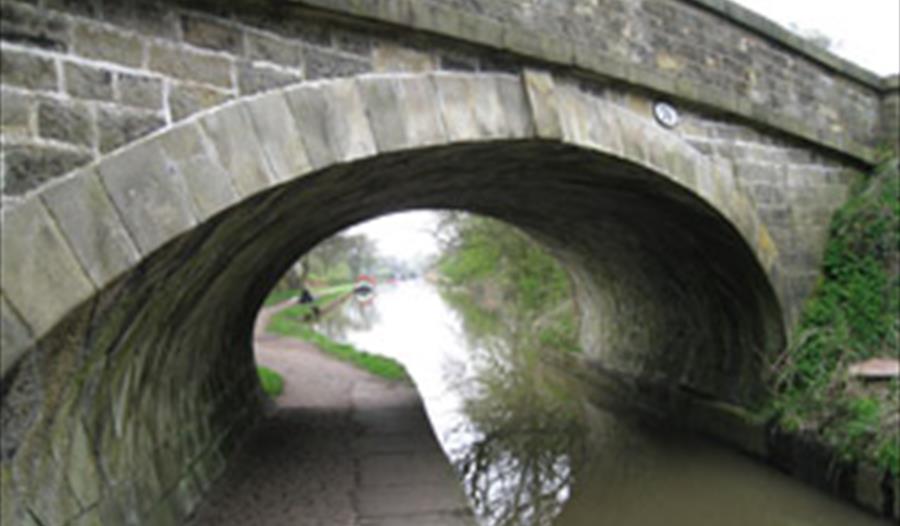 The fourth in a series of circular walks around Bollington and Kerridge starting from the Rangers Office, Adlington Road.

The routes vary in length highlighting points of interest and provide pleasant views of the countryside. Some of the footpaths across fields on this walk can be very muddy after wet weather. The views across the Cheshire Plain from Long Lane on a clear day are superb, and a pair of binoculars would be useful.

Shortly after starting the walk, you will notice Reedmace growing in raised ponds. Reedmace was made famous, in error, when Victorian artist Sir Lawrence Alma-Tadema painted ‘Moses in the Bulrushes’ from the biblical story. He in fact showed the child’s cradle in a clump of Reedmace.

Because of the fame of the painting, the plant became popularly known as Bulrush, and later, what had started in error became the accepted common name for it! The plant originally called Bulrush has since been renamed Clubrush.

In June look for the pink or pale purple flowers of the Water violet. This handsome plant is not common in the wild. The long roots growing from the floating stems are silvery-white, and glisten in the water. The plant does not belong to the violet or pansy family, but is, in fact a variety of primrose.

You will cross the Macclesfield Canal which opened in 1831.Thomas Telford surveyed the route, which runs from Marple to Hall Green, a distance of 26¼ miles. In its heyday the canal carried coal in horse drawn barges; raw cotton to Bollington; silk from Macclesfield and gritstone from Kerridge.

A feature of the walk is Clarence Mill. Local entrepreneurs, Joseph Brook and the Swindells family built this as a cotton mill between 1824 and 1845. It was the first local mill to be orientated towards the canal transport system. Raw cotton and coal were delivered by barge for the mills’ huge steam engines Success and Perseverance. A swing bridge across the canal carried skips loaded with boiler ash from the mill, which was tipped over the bank. The mill produced fine cotton for high quality clothing, table linen and Nottingham Lace.