You are here: Things To Do > Knutsford Rail Trail 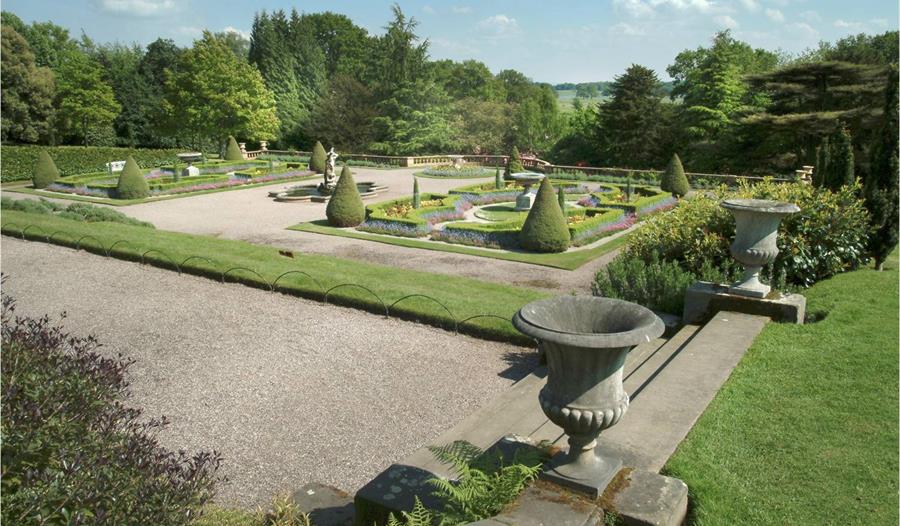 This circular walk explores the beautiful and historic town of Knutsford as well as the grounds of Tatton Park.

Knutsford was recorded in William the Conqueror's Domesday Book of 1086 as Cunetesford ("Canute's ford"). King Canute (Knútr in Old Norse) was the king of England (1016–1035) and later king of Denmark, Norway and parts of Sweden as well. Knutsford was the model for Elizabeth Gaskell's novel Cranford. She lived in the town for some time and is buried in the Unitarian Chapel graveyard. Many of the places and people described in her books can be identified as being based on places and people in the town. In 2007 the BBC adapted the novel and produced the popular TV series, Cranford.

Tatton Park is one of the UK’s most complete historic estates. The Mansion, Gardens, Farm, Old Hall, 1,000 acre deer park and speciality shops offer something for everyone. Tatton Park is one of the North West’s most popular heritage attractions. It has a history dating back to Bronze Age farming and has been home to herds of deer since the 13th century. In the late Tudor period Tatton was acquired by the Egerton family who owned the estate until the last Lord Egerton died without heirs in 1958. Maurice Egerton bequeathed the estate to the National Trust and in 1960 a lease was drawn up with Cheshire County Council who managed and financed the property on behalf of the National Trust until April 2009, when responsibility transferred to Cheshire East Council.

The walk combines a leisurely exploration of Knutsford Town and clearly defined footpaths through the grounds of Tatton Park where a range of optional, additional short walks highlight the beauty and history of the park.