You are here: What's On > The BFG in Pictures

The BFG in Pictures 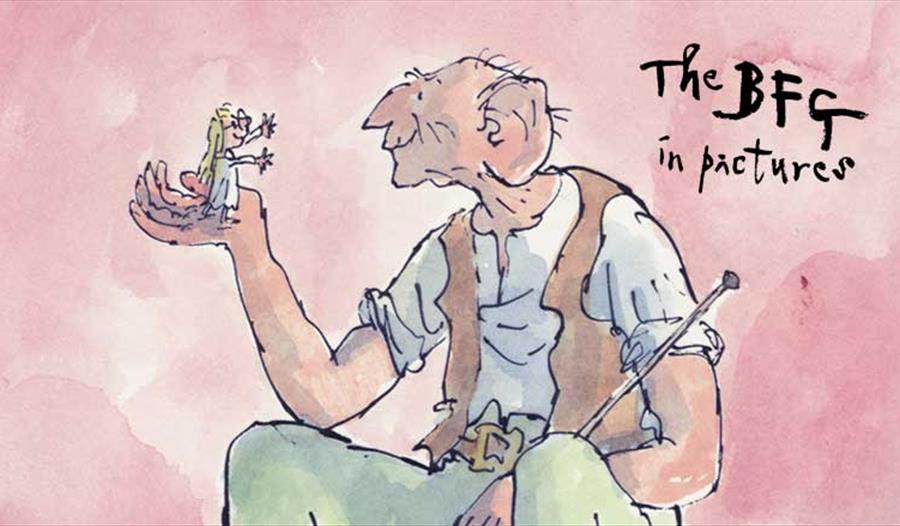 Quentin Blake is one of best loved and most distinctive illustrators in the country and is well-known for illustrating many of Roald Dahl’s books, including the iconic character of The BFG.  A fascinating exhibition at Chester’s Grosvenor Museum of some of Quentin Blake’s early and unknown BFG illustrations will open on 23 July – 2 October. A sparkling series of free children’s activities about dreams, giants and the power of imagination has also been organised by the Grosvenor Museum and other Chester-based organisations, including a film programme and an immersive children’s activity space. The Museum is grateful for the sponsorship of the Megan Gwynne Jones Trust. There is no cost to enter the Grosvenor Museum or view the BFG exhibition and most activities are free of charge. For more information go to www.westcheshiremuseums.co.uk

The fascinating exhibition of The BFG in Pictures from the House of Ilustration features 40 reproductions of Quentin Blake’s illustrations for Roald Dahl’s much-loved story The BFG. Curated by Quentin Blake, a number of the pictures on display were not used when the book was first published in 1982 but chart the development of one of the most iconic characters in children’s literature and give a glimpse of a BFG that might have been.  Exhibited alongside reproductions of the final illustrations for the book, this exhibition provides a fascinating insight into the collaboration between author and illustrator and the enduring power of imagination.

At the Grosvenor Museum, visitors are invited to explore a twinkling cavern with rock-lined walls and a giant’s throne, specially designed by artist, Russell Kirk.

Thanks to the Chester BID, there will be a free children’s film programme featuring films that aim to both inspire wonder and celebrate the power of illustration, including the 2016 ‘BFG’ animated film.

There will be no cost to view the films in the Museum’s historic lecture theatre.

Cheshire West Libraries will be holding Roald Dahl-themed book displays (featuring the competition details) and bookshops around Chester will also be supporting this imaginative initiative with related displays. For instance, Northgate Street’s newly-opened, second-hand bookshop, Amblongus Books, will feature a display on illustrators as well as selling some Roald Dahl children’s books.

Councillor Louise Gittins, Leader of Cheshire West and Chester Council said: “The power of imagination should never be under-rated - it empowers us to imagine and create the future and so is particularly important for young people. I am delighted that The BFG in Pictures is in Chester inspiring would-be young illustrators. The work, collaboration and sponsorship that has made this exhibition possible is fantastic and I hope that parents and children across the county will come to Chester and ‘dare to dream’. 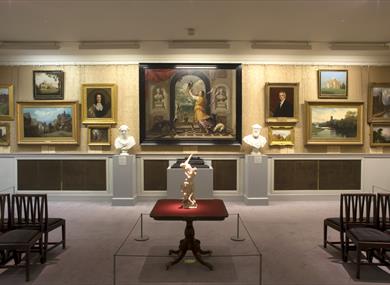