You are here: Things To Do > Cheshire Cheese Loop 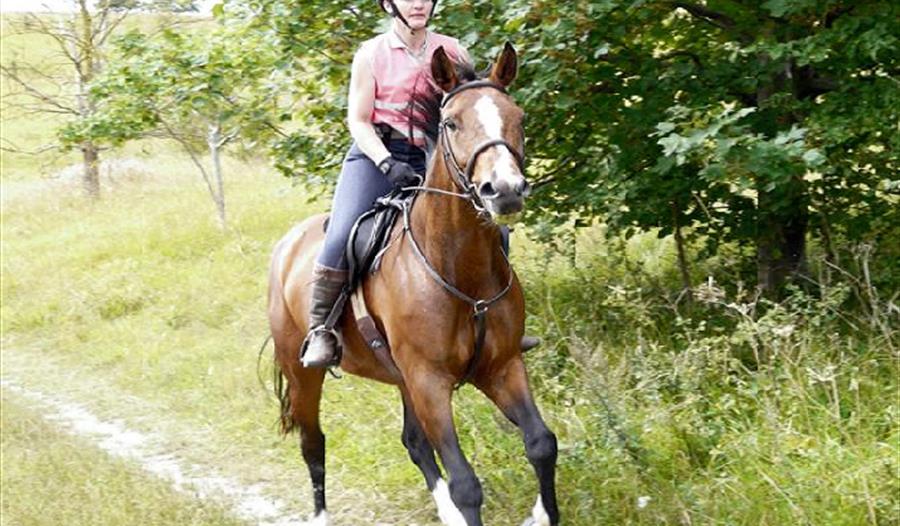 Part of Laureen's Ride, a long distance ride in the green heart of Cheshire East, ideal for horse riders with friends or family on bikes. There are few hills to climb and lush scenery to enjoy. The route is signposted on roads and waymarked on bridleways and byways so there are no worries about getting lost..

The Cheshire Cheese Loop passes through pretty countryside with the green hedged fields and shady trees created for Cheshire dairy cattle. You will still see dairy herds from the route but nowadays many of these acres are used for polo; the magnificent estates of sixteenth century Peover Hall used by General Patton in WW2, Colshaw Hall and New Hall. Some of the tracks are even older such as Booth Bed Lane, a Salter's Way.

“Very enjoyable, easy to follow ride, through pretty countryside over a variety of terrain providing interest for both horse and rider” Emma Davies

The Cheshire Cheese Loop is one of two loops of Laureen's Ride, the second being the Heritiage Loop, Laureen's Ride was developed by North Cheshire Riders in partnership with Cheshire East Council, with funding from the British Equestrian Federation, British Horse Society and local riding groups.

Location
This ride is located to the south east of Knutsford, around Over Peover, Chelford and Ollerton.