You are here: Things To Do > RLWC - Cycling and Orienteering Trails 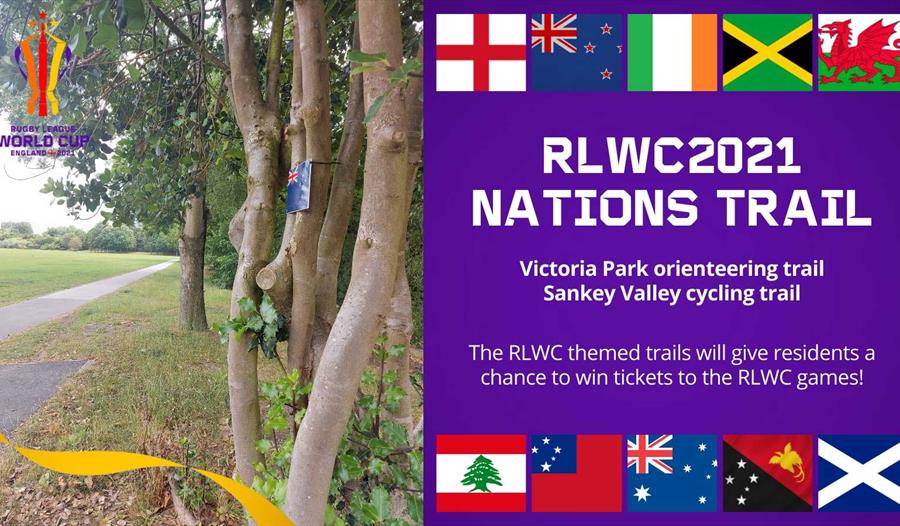 New family friendly cycling and orienteering trails have launched this summer in Warrington.

The Rugby League World Cup 2021 themed cycling and orienteering trails will launch on Monday 25 July and will give residents and visitors a chance to win tickets to RLWC2021 games.

As part of the activities surrounding the Rugby League World Cup coming to Warrington, a new family friendly orienteering trail has been launched at Victoria Park during the summer holidays.

A Rugby League World Cup-themed cycling trail has also been created, where cyclists start at Sankey Valley Park and make their way through the 5-mile route towards Winwick Quay.  Flags from 16 participating nations in the Men’s and Women’s World Cup will be used as the control points throughout the nations trails.

Participants can win one of six pairs of tickets to a Rugby League World Cup game hosted at Halliwell Jones Stadium later this year. To enter the competition, visitors need to complete the full trail and email a list of each of the flags they passed on the trail to activetravel@warrington.gov.uk.

People are also encouraged to upload a selfie or photo with the nations trail finish line on Facebook or Twitter, tagging @WtonRLWC21 and using the hashtag #RLWC2021NationsTrail.