You are here: Things To Do > St Mary's 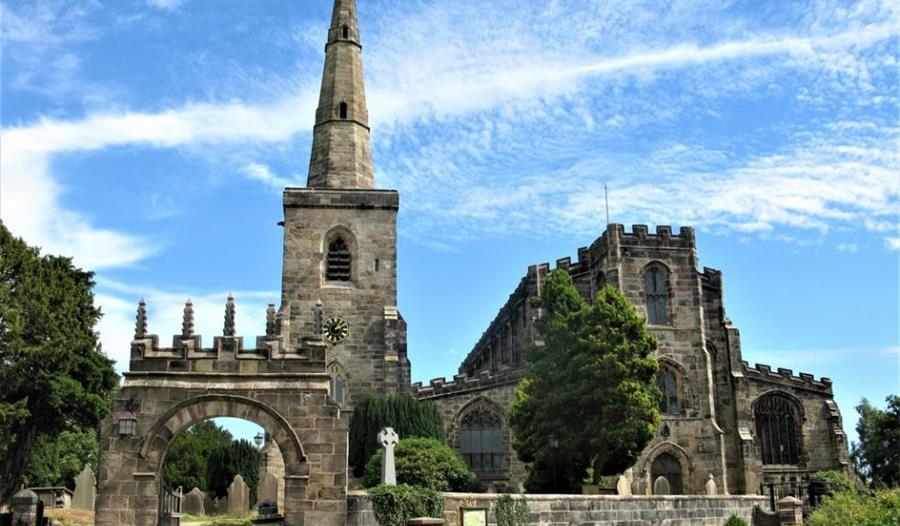 Described by Pevsner as ‘one of the most exciting Cheshire churches’ with plenty of bosses and also some dainty openwork pendants’.

The detached tower with its lofty spire visible from miles around, draws the traveller to the village where, standing at the head of the green as it has done for centuries, we find this delightful church with its unique trapezoidal plan and 5 bay west front.

The interior is majestic and possesses more complete ancient fittings than any other church of large scale in the county.

The 2,000 year old yew tree north of the church and freshwater springs nearby testify that this has been a site of religious significance for as long as Man has been in the area. A fragment of the Saxon preaching cross on display in the church dates from AD 950, and the priest mentioned in the Domesday Book ministered probably from a timber church occupying the area of the present north aisle.

A stone doorway was inserted in about 1150 and a stone chancel, incorporating Saxon stones, added to the east about 1250. Originally the tower was to be built to the west of the church, but was soon taken down and rebuilt to the north as a separate structure. Improvements, alterations and additions continued through the centuries, with Sir George Gilbert Scott restoring the interior in 1862. The result is a delightful church which can display a great number of periods of architecture.