You are here: What's On > Crewe Remembrance Sunday 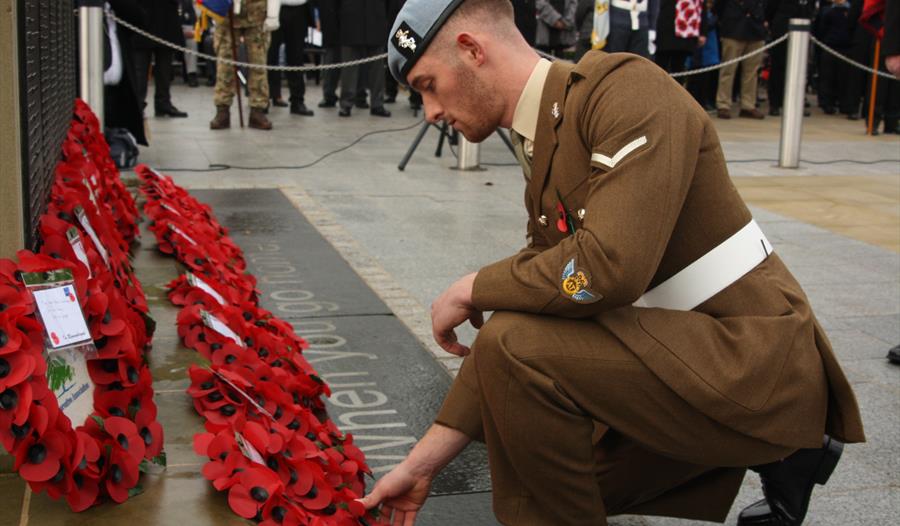 Remembrance Sunday, which this year falls on 10th November, is a day for the whole nation to remember and honour those who sacrificed their lives to secure and protect our freedom. On Sunday 10th November, Crewe will get together for a service to commemorate the contribution of British and Commonwealth military and civilian servicemen and women in the two World Wars and later conflicts such as the Falklands War, the Gulf War, and other conflicts such as those in Afghanistan and Iraq.

Crewe marks Remembrance Sunday with a parade and ceremony on Memorial Square. Two minutes silence will be held at 11 am to remember all those who have fallen. A wreath laying service will also take place as part of the ceremony, civic dignitaries, ex-servicemen and women, members of local armed forces regular and reserve units as well as community groups and local organisations will be invited to lay their wreaths.

On the day, all those who wish to lay a wreath as part of the ceremony should check-in at the desk in the car park under the library 9:45-10:15 so that we can confirm your name on the list.

Please be aware that for public safety the roads around Memorial Square will be closed 10:00 – 13:00hrs, so if you are coming to the service you might wish to arrive a little early.  This affects Prince Albert Street and Earle Street (In front of the Municipal Building), but also Hill Street and access to Lyceum Square.  Crewe Street and the Civic Centre/ Library car park will be closed 10:00-11:00 to allow for the parade to line up.  There will be a brief road closure through the town centre when the parade is happening 10:30-10:45, but will be opened once the parade has passed.