You are here: What's On > Showaddywaddy 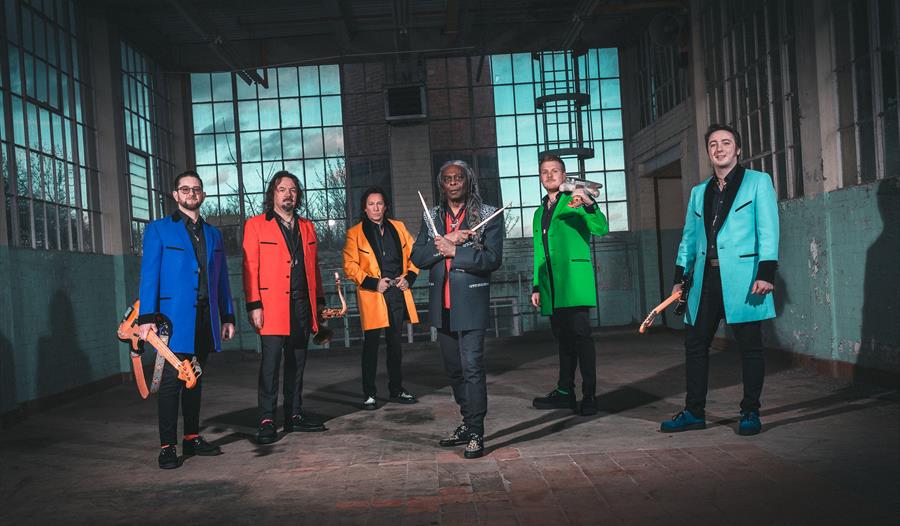 They have sold more than 20 million records, their music is celebrated in all four corners of the globe and next year they mark 50 years in the music scene.

But Showaddywaddy are still going strong and will be back this December with their Rock N Roll Christmas Party. They will be raising the roof at Parr Hall on Saturday, 10 December.

Long established as Europe’s most successful exponents of retro-inspired rock and roll, they have had 23 top 40 singles and 10 top five hits from 15 albums.

Fans can expect all their best loved songs like the chart-topping Under the Moon of Love, You Got What It Takes, Three Steps to Heaven and Hey Rock and Roll while no Showaddywaddy festive show would be complete without Hey Mister Christmas.

Showaddywaddy have honed their live act over decades including more than 50 Top of the Pops performances and some notable highlights including being requested to meet the Queen Mother after a Royal Variety Performance show and topping the bill at the prestigious Golden Orpheus World Music Festival.

The epic gig saw them play to a staggering TV audience of 300 million people and make history by becoming the first western-world band to be screened live in Communist Cuba.

A spokesperson for the tour said: “Well into the 21st century, the demand for these legendary performers is every bit as strong – surely a testament to their outstanding reputation as live artists.”

Showaddywaddy’s Rock N Roll Christmas Party is at Parr Hall on Saturday, 10 December. Tickets are on sale now; visit parrhall.culturewarrington.org or call the Box Office on 01925 442345.