You are here: What's On > The Pub Landlord: Gig For Victory

The Pub Landlord: Gig For Victory 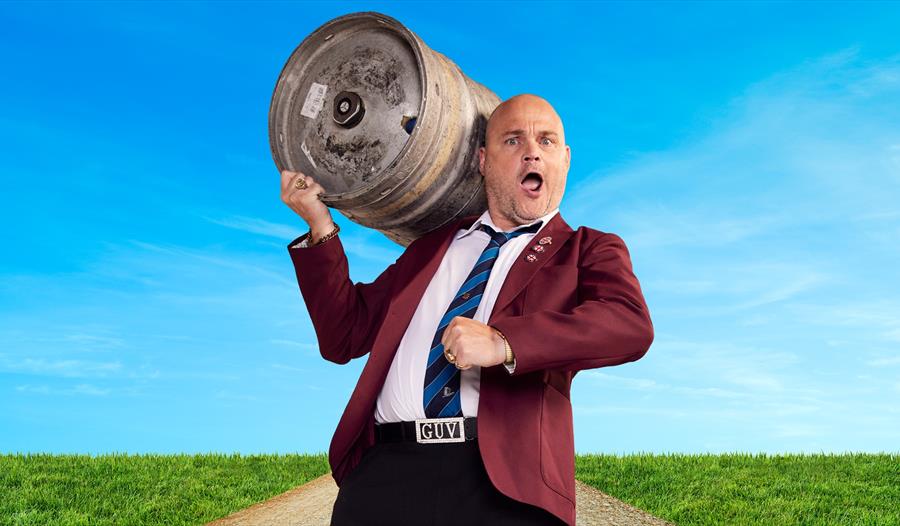 The Pub Landlord is back on the road to bring his bar room wisdom to the country after a tumultuous couple of years for the UK.

Al Murray will be ‘showing the way’ and providing answers for people ‘thirsty for common sense’ at his Gig for Victory tour, which calls in at Parr Hall on 10 November, 2022. It has been a tough period for the country with the Covid era and Brexit teething problems and, naturally, The Pub Landlord has a lot to say about it over a pint or two.

Al Murray has been portraying The Pub Landlord – his caricature of a stereotypical, right-wing, British patriot – for more than 20 years. As usual, fans can expect a satirical mix of bar room banter and pub talk philosophy where he always ties himself in knots with his arguments about the state of the country.

Over two decades, Al has filled some of the most prestigious venues around the UK, including London’s 02 Arena and the iconic Royal Albert Hall.

He has won numerous awards, hosted many critically acclaimed television shows, and in 2015 famously stood for election in the hotly contested seat of South Thanet. Al formed the ‘Free United Kingdom Party’ and stood against Nigel Farage to make a statement about there being ‘too many jokers in politics’.